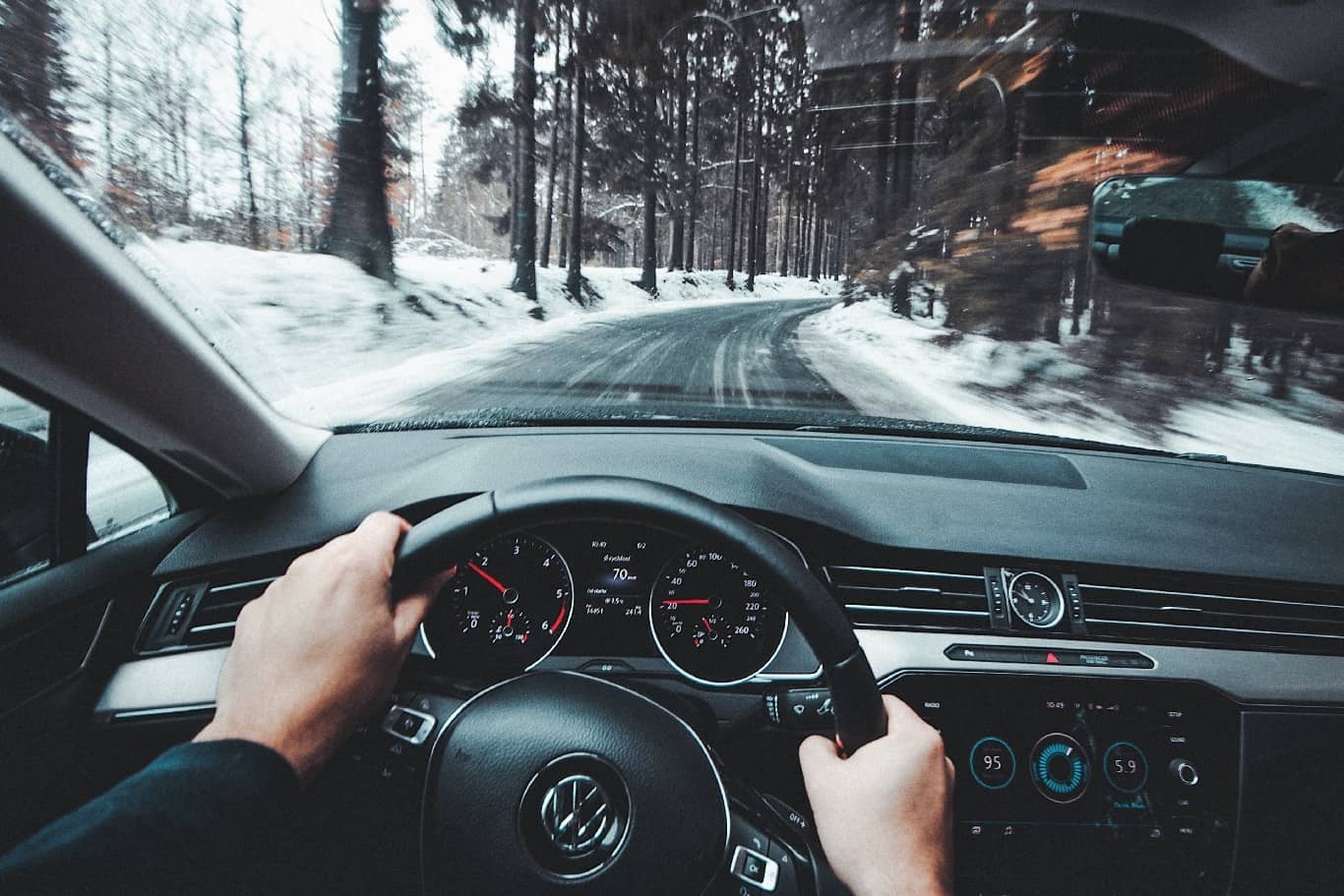 Volkswagen is late to the electric cars revolution. VW presented the ID concept in 2016. It has taken the matter seriously and is now a major player in the EV market. Three years later, the ID.3 prototype car was presented, and it set the stage for a whole range of electric VWs. These are mainly labelled numerically, but there is a soon-to-be-available ID. Buzz shows that Volkswagen doesn’t limit itself to this format of electric cars.

The ID range will eventually be seven models, but there is still room for niche additions such as the Buzz minivan or Buzz Cargo commercial van. All ID models have been built using the Volkswagen Group’s MEB platform. Audi SEAT and Skoda also use this platform. The Volkswagen Trinity project already points to the next steps of the parent brand, and we expect to see the first fruits in 2026, based on the Scalable Systems Platform (SSP).

Trinity will launch with a flagship EV. It will be built at Wolfsburg’s new production facility. The focus will be on long-range and increased autonomy.

Now, performance variants of the ID range, also known as GTX, are starting to appear. They are denoted by the GTX label, which refers to their sportier character and quicker acceleration. We have the ID.4 GTX and the ID.5 GTX.

The next step is the electric assault. The ID range is just the beginning. VW claims Trinity will combine all elements from the first range into one entity. It will arrive in 2026. It is linked to Audi’s Project Artemis, but while Audi is developing electric luxury cars for Porsche and Bentley, Volkswagen will be focusing on the more electric cars accessible market. Ralf Brandstatter, VW’s 2021 annual conference speaker, stated that this technology should not be restricted to a few.

VW claims that Trinity will be able to offer autonomous driving at Level 2+ starting from launch. This EV is already the market standard. However, the technology to upgrade it to Level 4 is in-built. Trinity will also be the framework to drive forward Car-to X technology. This technology allows all brand’s electric cars to communicate with each other. That detail could make a big difference in Level 4 autonomy being successful and safe.

Project Trinity, which will see VW electric cars sold in a new way as part of its ACCELERATE strategy, will offer Level 4 autonomy and a range of more than 400 miles on a single charge. The Trinity will be delivered in a standardized form. However, the owner can purchase and unlock additional software features later. It’s like buying an app to add more functionality to a smartphone.

This platform will allow for more customization than the ID model-specific MEB platform. According to VW, SSP will be used by approximately 40 million vehicles over its lifetime.

Volkswagen announced in April 2022 that it would invest 2 billion Euros into the production of its ‘groundbreaking’ Trinity electric cars. This investment included the construction of a new production facility on the company’s Wolfsburg home. This investment is in addition to the plans to manufacture the ID.3 in Wolfsburg and as a way to keep up with demand.

The ID brand started a little slow. Despite establishing interest and creating a large waiting list, VW quickly got the ID.3 on the market. However, the software wasn’t ready for prime time, which led to many bugs being reported. Although we know that some cars were bricked due to this issue, it was relatively easy to fix via over-the-air updates.

With almost three times the number of pure-electric cars sold by Volkswagen in 2020 than the previous year, it would seem that the company’s push for electric mobility was a success.

Ralf Brandstätter, then a chief operating officer and now CEO of VW, stated that 2020 was a turning moment for Volkswagen. It marked a breakthrough with electric cars mobility. We are on track to reach our goal of being the market leader for battery electric vehicles.

The ID range of Volkswagen’s electric cars is explained.

Volkswagen’s electric cars ID brand was just as important as its Beetle in 1945 and its original Golf in 1975. They transformed the company in their ways. ID’s task is to transform the company in its ways. That is despite VW still reeling from the aftermath of the Diesel gate. ID stands for “intelligent design and identity and visionary technologies.”

Andreas Kohler from the MEB’s electronic projects management team explained that each ID model, which ranges from an A-segment to a saloon or SUV, and a seven-seater, will have ‘the inside space of the class below’.

There were 10 million vehicles sold across all VW Group brands in the first wave. This figure will rise to 22 million by 2020. The focus has been on cost-saving and component sharing. It’s much cheaper than lightweight aluminum alternatives, and the all-steel MEB platform is a great help.

As with all-electric car manufacturers, Volkswagen’s biggest cost challenge is in the area of battery costs of electric cars. Volkswagen must master the use and cost of electric cars batteries and maintain a reliable supply of raw materials at a reasonable price while always being open to technological advances.

VW is developing a small electric cars for cities called ID.1. CAR predicted the model’s arrival in the summer of 2020. The brand confirmed the new model at its annual conference in March 2021. The model will replace the Up in production by 2025, and it is expected to be available at a price of about PS17,000.

The ID.2 was likely first seen when VW removed the covers from the ID. Life concept car at 2021 IAA Mobility (or Munich electric motors show to you). The VW ID.2 compact electric cars will go into production in 2025. VW claims that the concept featured a 54kWh electric cars battery, providing a range of 248 miles. The company also plans to target a price point of only 20,000 Euros.

The ID.3 was the first member in 2020 of Volkswagen’s new ID electric cars family. The ID.3 is roughly the same size as an electric Golf and has been as important to VW as the introduction of that electric cars model. It has helped to usher in the electric age.

The VW ID.3 starts at just PS34,000 and can go up to 259 miles on a single charge. It is easy to drive, has plenty of power, and doesn’t feel too futuristic. VW’s new electric cars infotainment system, however, comes close.

It’s also designed to be net-carbon neutral so that even its manufacturing process is sustainable and respects the environment.

The ID.4 is the second model in Volkswagen’s ID series of electric cars. It’s a crossover SUV that uses the firm’s electric MEB platform.

The Volkswagen ID Crozz 2017 concept inspired the electric cars design, and it arrived in international markets in 2021. There are two battery options: 52kWh or 77kWh. They have power outputs between 146bhp to 201bhp. The range is 213 miles up to 322 miles, depending on which configuration you choose.

These single-motor rear-drive electric cars can be complemented by GTX and GTX Max models with dual-motor, all-wheel-drive outputs up to 295bhp and a range up to 301 miles.

VW claims that electric cars charging takes just 38 minutes if you use a 100kW DC charger.

Another model was inspired by the Volkswagen ID Crozz electric cars design. The VW ID.5 coupe-SUV is a smaller and more practical version of the ID.4 electric cars.

The ID.5 will go on sale in 2022 with three power outputs and the smaller 77kWh ID4 battery option. VW claims a range of up to 323 miles, while the GTX model with dual motors offers 298 miles.

The Volkswagen ID.6 is exclusively for the Chinese electric cars market. It won’t be available anywhere else. The ID.6 will be positioned above the smaller ID.3 hatchback and the larger ID.6 crossover. It will seat seven people.

You can also see the familiar 58kWh or 77kWh options from other ID models, but with claimed ranges of 271 and 366 miles, respectively. Perhaps in China, miles are shorter.

The ID Vizzion follows in the footsteps of the original ID hatch (which later became the ID.3), the ID crozz coupe-SUV, and the ID Buzz van/MPV. It proves itself a formidable contender for the ID with the daftest name.

The Vizzion may be the most basic ID model, but it is futuristic. It has no steering wheel or pedals and talks of autonomous driving using artificial intelligence.

Volkswagen has revived its Microbus minivan – it’s now a highly stylized, all-electric fashion wagon. The ID was the first time we saw the MPV reborn. The Buzz concept was first revealed in 2017, but the production version had to be revealed. Also, we’ve already driven an ID. Buzz prototype.

The ID is a second production model that uses the MEB platform. Buzz is the first model to break the numerical name convention. Depending on your configuration, you can choose from various lengths, and there are between five and seven seats. The 77kWh battery pack and the 201bhp motor option combine to give at least 250 miles of driving range. Other powerful models, including four-wheel-drive variants, will be available.

The Buzz can also be used as a van named the ID. Buzz Cargo – although it is fashionable, the payload is very low at well under one tone.

The production version of the ID Space Vizzion, codenamed Aero 2, a fully-electric estate, will be available in 2023.

You can see the Vizzion in action, but it has more space. This EV is an estate version from 2018 of the ID Vizzion Concept.

The ID is being replaced. VW is considering buggy to launch a small, tough 4×4 codenamed “The ID”. Ruggedzz in 2025. Rugged is an off-roader with e-power. It is affordable to build and maintain. It is also easy to clean up and operate.

VW plans to revive the Scout brand as an electric ‘rugged SUV’ and pickup brand, but it is not part of the ID family.

That is a move to support VW’s recent turnaround in the American market. Diess, Group chairman, stated that “Electrification provides a historical chance, for now, in the highly-attractive pickup and RSUV segments,” underscoring VW’s ambitions to be a major player in the US. The first Scout prototypes are scheduled to be tested in 2023, and production is planned for 2026.

What will you charge for the Volkswagen ID electric cars range?

VW is part of the Ionity partnership and Daimler, BMW, and Ford. The plan is to open hundreds more charging stations across Europe and USA with an average of six points per site. There are 1,538, Ionity chargers in 388 locations throughout Europe as of December 2021. 37 additional locations are currently under construction. Ionity stations can charge at 350kW, and 920 Volts, more than most electric cars can receive. These stations will be capable of charging at 350kW and 920 V, depending on how technology and demand evolve.

Senger dismissed any concerns about battery recycling or the possibility of a dead lion battery mountain. VW revealed that it is working with industry and universities to develop recycling processes that recover 97% of the battery chemicals. However, this is unlikely to happen before 2025, when enough EVs are on the road to make it economically viable.