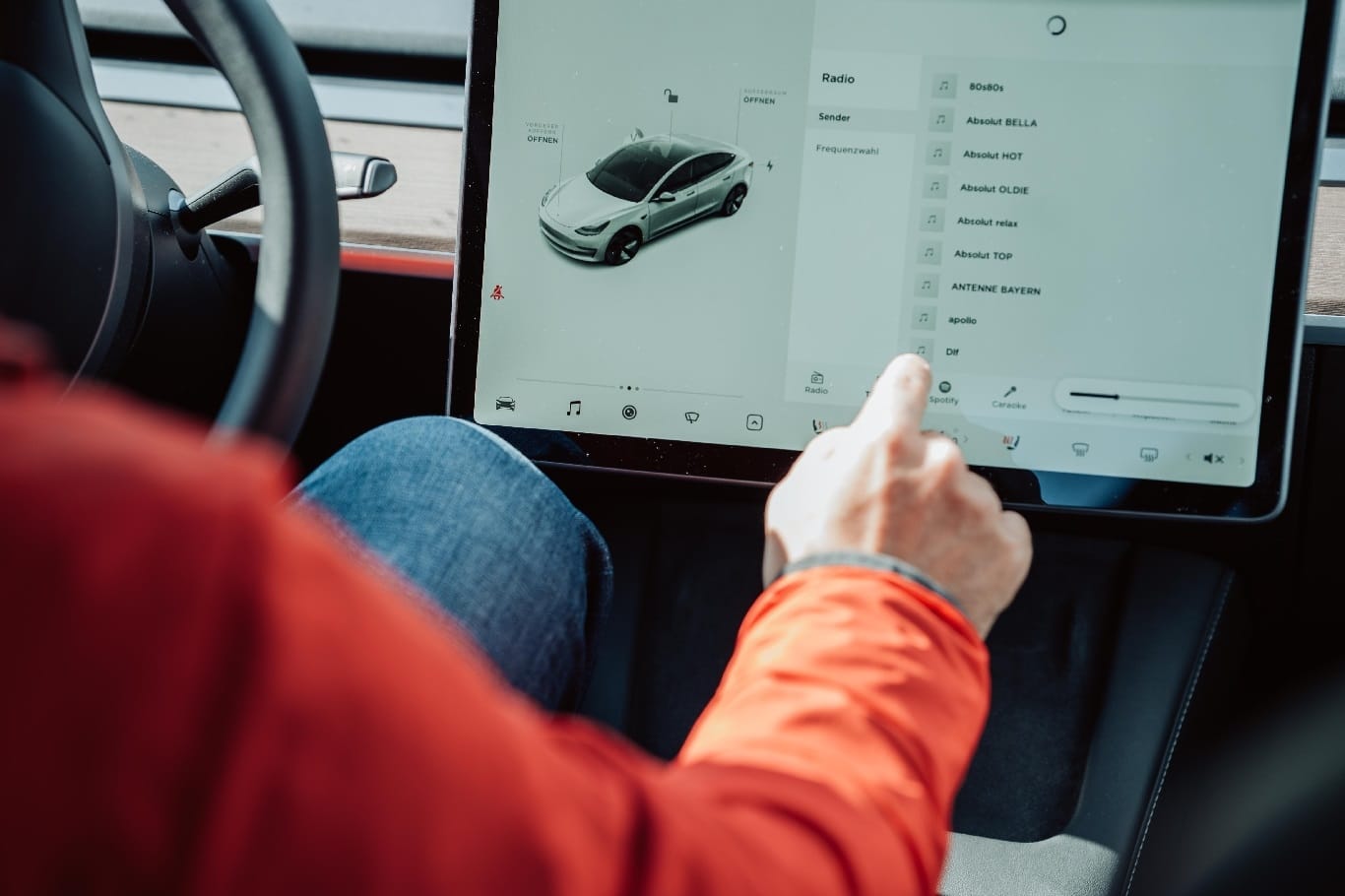 More automakers are coming up with their electric cars list for 2022. This is good news for enthusiasts since more features are being integrated, and the prices are becoming more affordable.

This may have resulted from an increase in the number of Americans getting interested in buying an EV. This data is reflected in the Cars.com survey in 2021. The same survey found that some are still hesitating due to a lack of SUV options. This problem has been addressed, and you’ll see more SUVs included in the new electric cars in 2022.

Before even thinking if it’s time to buy one or not, you have to understand how EVs work. These cars function after taking electricity from the grid. It can only get that when you plug them into a charge point.

There are equipped with rechargeable batteries that store the electricity responsible for powering the car’s electric motor. They are light to drive since they accelerate faster than fuel-powered engines. EVs do not have the liquid fuel components found in common cars, and they do not emit exhaust.

You have to purchase the right EV electric tariff to save on your bill. Aside from a home charger, public charging stations for EVs are now available in many countries worldwide.

An electric vehicle works due to the following components:

The value of the market for electric vehicles is expected to rise to USD 1,318.22 billion in 2028 from having a market value of USD 246.70 billion in 2020. It can be attributed to the rapid advancements in technology that paved the way for the EV sector to continue to expand and grow. More consumers are also becoming aware of the pros and benefits of using electric-powered vehicles.

Here’s a list of the newest trends, including affordable electric cars for 2022:

Considered an entry-level electric SUV, it has the same size as the Q5 but is smaller than the pioneer E-Tron. It rides the new modular electric offering of Volkswagen. The Q4 E-Tron has either of the two functions:

It has an estimated AWD range of 241 miles. That will come in Sportback models with tapered roofs and traditional SUVs. It will be available starting at $44,945.

This electric SUV from Audi is tagged as Porsche Taycan’s corporate cousin and will be marketed as a performance sedan. This 2022 model is a combination of the E-Tron with a tapered roof and the original electric E-Tron SUV from Audi.

Hyundai is affiliated with cheap electric car maker Kia. While the prices may be lower than others, you can expect the best performance from the brands and this model. The Ioniq 5 SUV shares the new electric platform with Kia’s EV6. It almost has the same length as Hyundai Tucson, but it’s lower in height.

It features a sliding console and a 12.3-inch dual dashboard display in the car’s interior. Its battery pack has a lower capacity rated for 220 miles. A dual-motor AWD is rated at 256 miles, and the models for single-motor RWD at 303 miles. Prices for the SE model start at $40,925 and $55,725 for the Limited AWD.

BMW has range ratings estimated at 300 miles for the base version and 245 miles for the dual-motor model. It’s a compact sports sedan available in the following versions and power:

The 4 Series Gran Coupe fastback inspired this model, and its base version will have an initial price of $56,395.

This luxury sedan is both high-tech and high-style. It would soon offer three regular trim levels after a pair of its launch editions known for their uber performance was sold out. The upcoming versions will offer the following:

Both versions have an expected miles range of 480. Lucid will open company-owned service and sales areas. The price range for the models will start at $80,000 up to $170,000.

You can get an xDrive50 form in this new model, the first electric SUV from BMW. It has a similar size to an X5 with an unusual styling revealed in 2018 at the Vision iNext Concept. Aside from using a new EV platform, this model has the combination of the following features:

It has a widescreen curved dashboard monitor, automatic shading, and a glass roof.

It’s the first electric pickup truck from GM with an off-road performance capability, excellent styling, and luxurious five seats. The model is also the first to use GM’s parent automaker’s new battery system, the Ultium. The price range depends on the version. The three-motor Edition is priced at $112,595 but is sold out. It can go up to 350 miles with its 1,000 HP. GM is expected to release a three-motor version priced at $99,995 in the fall. There are further plans to make cheaper versions with two motors available.

The R1T has a towing capacity of up to 11,000 pounds, off-road capability, a 4-motor AWD system, and a bed that measures 4.5 feet. This crew-cab pickup with a 314-mile range has a sold-out Launch Edition that started its delivery in the fall. Rivian is now open for orders for the following versions:

On the other hand, the R1S has many similarities with the R1T. This luxury SUV with a long roof has the same specs as the R1T. However, it has a bigger seating capacity that can accommodate up to seven. You can also avail a battery pack that can extend its range up to 316 miles. This model’s price starts at $70,000.

This is Ford’s answer to the second year of the rollout of Mach-E from Mustang. It is said to be Ford’s all-electric version of its pickup truck. To date, it is picking up manufacturing to meet the demand and high rate of inquiries and reservations. It plans to offer the F-150 Lightning models at various capabilities and prices from $40,000 to $90,000. Its top version can tow up to 10,000 pounds with its 563 HP-capable dual electric motors and a standard 4-wheel drive. It also has a front trunk measuring 14.1-cubic-foot. Ford offers two battery choices with a yield of 300 or 200 miles of range.

MX-30 has a hatchback similar to an SUV, small, and comes with a unique design and features, including the following:

That has an expected range of 100 miles, with its battery pack suitable for 35.5 kilowatt-hours. It is expected to sell the model in California at a starting price of $34,645.

The S-Class opulence sedan with dashboard screens installed from wall-to-wall has a 350 miles electric range. The prices depend on the models:

These models have the luxury feel of the gas-powered S-Class sedan from Mercedes. They are the new dedicated electric sedans that opened the Mercedes’ EQ sub-brands launch.

This is Kia’s first electric model with a platform it shares with the Ioniq 5. However, it has a more rugged and sporty feel and appearance. Kia also plans to come out with a GT-version performance in 2023. The Kia EV6 has the following highlights:

The model is capable of 232 to 310 miles of power and will be available at prices starting at $44,875. There are also plans to develop a cheaper version with prices beginning at $41,000.

This model is a sportier take on the XC40 Recharge SUV. It offers the following features:

It will be first made available via an online ordering program with prices starting at $59,845.

The 2022 EQB will be Mercedes’ first electric SUV in the US. Pricing is still under discussion, but its features include the following:

It’s a bit bigger than its sibling, the Chevrolet’s Bolt EV hatchback. It has an SUV feel with a powertrain, a shared platform, and more interior space. It is capable of driving up to 247 miles while the hatchback version is rated at 259 miles. The model’s prices begin at $33,995.

The Benefits of Using Electric Vehicles

Why switch to using electric vehicles? With so many good EVs to choose from with prices that many people can afford, it’s getting tempting to make the switch. Here are the top reasons why it’s high time to go over your choices and make that purchase:

An electric car is exempted from fees to be collected from the implementation of the Clean Air Zones in select areas. The move hopes to encourage vehicle owners to go electric and discourage vehicles that can cause pollution from entering specific locations.

An electric vehicle has low or no tax and cheaper maintenance and service. A petrol car costs higher to drive and keep than an electric car.

EVs are way less noisy than vehicles operating in diesel and petrol. They are, in fact, too quiet that the law requires owners to install an Acoustic Vehicle Alert System (AVAS). It will make a sound when the vehicle travels at a speed slower than 12mph or runs in reverse.

With the exciting lineup of the best electric cars in 2022, the market is expected to drum up the vibes and offer more EVs with advanced features from mainstream brands in the coming years. This move will benefit both the consumers and companies and EVs dominating the roads worldwide will positively impact the environment.