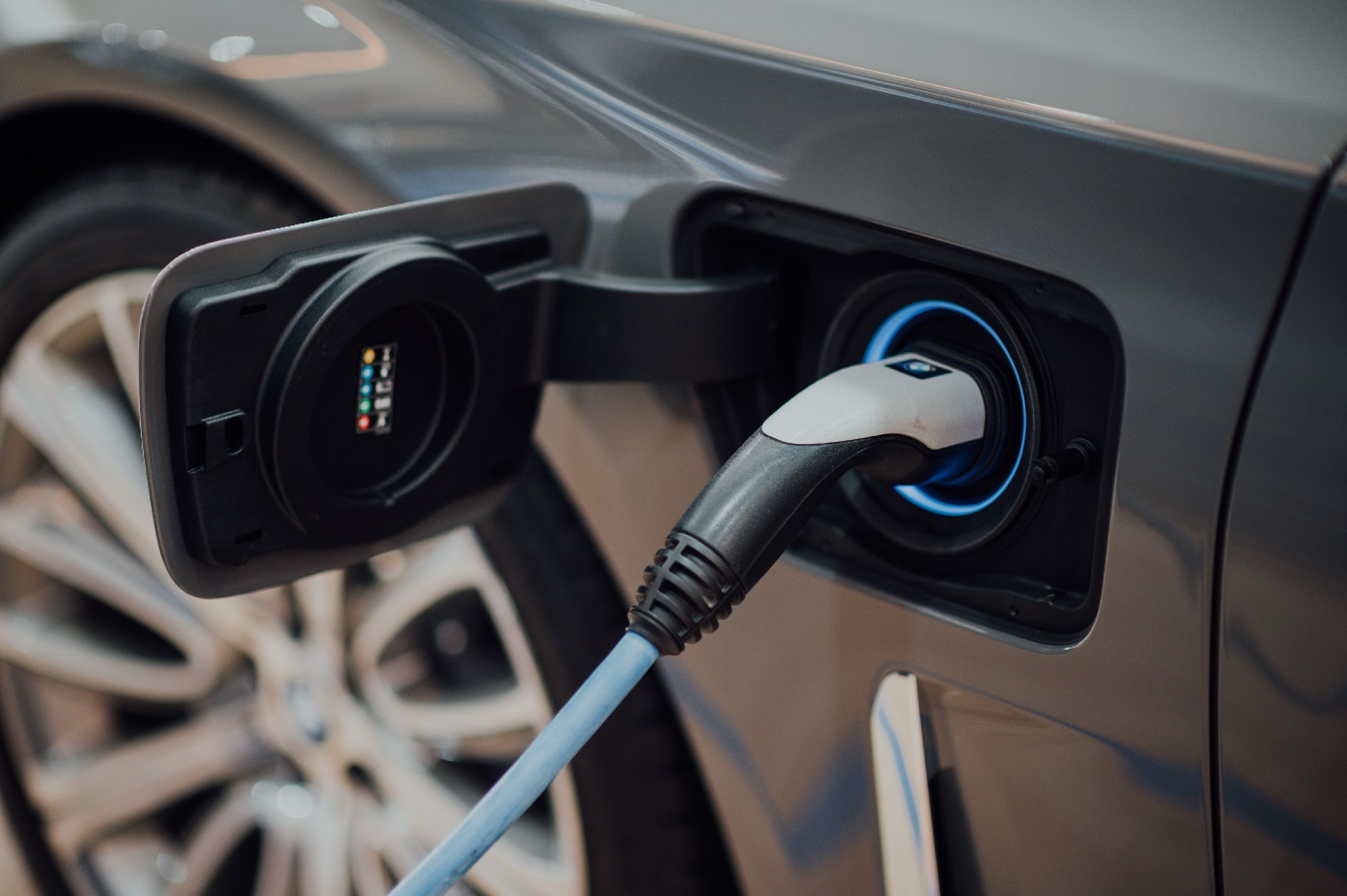 The range is the most important thing to consider when you are thinking of buying an electric car. Electric vehicles with the longest range can take you home from your destination without charging during travel. Electric Cars Tech has compiled a list of longest range electric cars that have the concerns of our readers.

The first modern electric cars were powered by just enough battery power to get them to work. However, they could not get anywhere near the fuel-powered range that a tank of gas could provide. The rise in range anxiety among electric car owners has led to drivers being concerned about whether they will be able to reach their destination or charge point.

This phenomenon is slowly disappearing. Modern electric cars have longer ranges than ever. In this list, we are looking at those with the longest range of electric cars. Some can go further than petrol cars with a single charge. Rapid charging is also becoming more popular, so it’s not difficult to recharge.

It is cheaper to fill up with electricity than it is to top up your fuel tank, especially if the charge takes place overnight. This makes these models more attractive.

It will become easier to drive an electric car even if it has a limited range as more charging points are available. If you want to make sure that you are able to travel from one end of the country to another without stopping, Electric Cars Tech provides you with the best long range of electric cars collections.

While you’re likely familiar with Tesla, Lucid might be new to you. It was originally founded in 2007 to produce batteries for other automakers. However, it rebranded in 2016 to become an automaker and became a manufacturer. In October, the company opened a new factory in Arizona and began delivering long-range electric cars to customers.

This car is the Air. It’s a completely clean-sheet design for an all-electric luxury car that’s powerful, luxurious, and opulent. The stats are jaw-dropping. The Air Dream Edition Performance has 1,111 horsepower and 1,025 lb-ft of torque. The Air Dream Edition Range is a range-oriented machine that can travel 520 miles while producing 933 horsepower. These are the first editions, which are also the most expensive, and they’re sold out. But, soon, there will be three more trims: the Pure with 480 HP and just over a 400-mile range, the Touring with 620 hp and 800 hp, as well as the Grand Touring, which has more range and can cover 500 miles.

Lucid claims that the car’s 900-volt battery system is the most powerful available. If you plug it into one of the rare 800-volt, 300-kilowatt DC fast charging units that are slowly appearing around the world, you can add 300 miles to the range in less than 20 minutes. If you have a Level 2 charger that is strong enough and has the circuit to charge it, the Lucid Air will charge up to 19.2kW.

Yes, it is possible to travel 332 miles by train from London to Edinburgh, but that means you would have to share the train with the general public. That stress is not something anyone needs in their lives. Relax in Mercedes’ electric limo the EQS. The German company claims it can travel up to 453 mi in its most efficient configuration.

The Mercedes-EQ EQS sedan is a newcomer for 2022, with the RWD version and single-motor 450 Plus offering impressive 350 miles of range. In exchange for an extra motor, AWD, and more range, the 580 version offers a range-extending 10-mile range. Both powertrains were very appealing to us, as was the sedan’s responsiveness with rear-wheel steering. However, we had problems with the large touchscreen and Mercedes’ decision not to use many touch-sensitive controls.

The Mercedes E-Class is an all-electric saloon, which was recently revealed. The EVA2 platform, which is shared with the EQS allows for a large 90kWh lithium-ion battery in the EQE 350 model.

Officially, it can travel 410 miles using a single motor that produces 288bhp with 530Nm torque and is mounted on the rear axle. Although the WLTP is yet to homologate the range, the large battery and slippery design should ensure that it will be among the longest-range EVs available. It also has rapid charging, which allows for a 10-80 percent charge in under an hour. This is a significant increase in range compared to many other next-generation EVs.

The combination of a sleek, minimalist cabin with a large central touchscreen and a stunning performance has made the Tesla Model S a highly sought-after luxury Electric Vehicle (EV).

It did until the mainstream auto industry caught up. Now buyers have the option of tantalizing EV rivals, including great driving sports saloons such as the Porsche Taycan or the Audi E-Tron GT, plus more practical options like the Audi Etro, Jaguar I Pace.

Tesla used to give each Model S version a number to help identify them. This used to include 60, 60D 70D, 75D 75D, 75D 75D 85D 85, 85D P85+ P85D 90, 90D P90, 100D and versions. The number indicated the kWh rating of the lithium-ion battery pack. A higher number means more power and a longer range. The D identifier was used to indicate dual-motor and was also applicable to four-wheel-drive versions.

With the 2021 update, the line-up was simplified and now only two versions are available for purchase via Tesla’s website. The Model S Dual Motor boasts a 405-mile range but is no slouch at a 3.1 second time 0-60mph and 155mph top speeds. The Plaid variant features a new triple motor drivetrain that produces 1,006bhp, allowing it to reach a 1.99 second time 0-60mph and 200mph speed. With a maximum range of 396 miles, the vehicle can travel up to 396 miles.

The BMW iX is a remarkable best range electric car that is capable of almost everything. It is also very expensive.

Bavarian automaker BMW has launched the first all-electric BMW iX since its 2013 launch of the i3 supermini. The i brand also includes the i8 plug-in hybrid sports car, and more recently the battery-powered iX3 SUV, and i4 Gran Coupe. However, the iX is the first EV to utilize a new, scalable platform for electric vehicles.

The BMW iNext concept was first time displayed at the 2018 Paris Motor Show. It is approximately the same size as the X5 and is being marketed similarly as a Sports Activity Vehicle. This is to emphasize its dynamic lifestyle and design. Although it may sound like PR guff the luxury iX delivers. It is equipped with a remarkable ability to tackle A and B roads with confidence and possesses a level of poise that belies its 2.4-tonne curb weight.

The entry-level iX model, the 322bhp xDrive40, can travel up to 257 miles on a single charge of the 71kWh battery. BMW claims that the 523bhp xDrive50 model, which uses a larger 105.2kWh battery, can go up to 380 miles. You can choose between M Sport and Sport trims to specify the power option. The standalone iX M60 performance model can also be ordered with 610bhp, a range of up 348 miles, and a maximum power output of 310 horsepower.

Ford Mustang Mach-E is a beautiful, functional, elegant, and one of the longest range electric cars all-electric SUVs for families.

Ford’s Mustang name is legendary. Therefore, when Ford announced that the Mach-E, a fully-electric family SUV, was going to be called a ‘Mustang,’ it put a lot of pressure on this car to perform.

Manufacturers are now racing to offer a variety of battery-powered options after the Government’s decision to stop the sale of new petrol and diesel cars starting in 2030. All-electric cars are capable of meeting the daily needs of drivers while offering great value, style, and that all-important curb appeal that can help close the deal.

However, creating a brand that attracts customers and makes them want to invest in a challenging task. Ford decided to name its first all-electric SUV after the Mustang Mach-E.

The Mustang Mach-E range starts at around PS42,500 and offers a choice of rear- or all-wheel-drive options. Each model has a Standard or Extended Range configuration with usable battery capacities of 70kWh or 91kWh, respectively.

You can get up to 379 miles of road travel with the Mustang Mach-E RWD Extended Range model. While there are some compromises when choosing a lower-priced variant, Ford claims that even the AWD Standard Range car can deliver 248 miles without needing to be plugged in.

The standard equipment includes a large 15.5-inch portrait-style touchscreen at the center. Other creature comforts include heated front seats and a heated steering column, as well as adaptive cruise control, front and rear parking sensors, and a smartphone charging pad.

Tesla controls the updates. Many car owners will find their vehicle has new functionality due to over-the-air updates. However, for the 2021 model year Model 3, the company went a little further and made some cosmetic changes.

The brightwork used to surround mirrors and windows is now satin black. We also like the side repeaters and door handles. These little details give the model 3 an athletic look.

The minimalist interior design and spacious interior are still intact, but the piano black exteriors have been replaced with matte black trim. The center console now has a large storage box with a sliding lid and the steering wheel buttons are metallic. There are also two wireless charging stations for your smartphone or another person’s that are microsuede-trimmed.

You can charge your car the traditional way by using a wire. There are also a few USB-C ports that provide high-power charging.

A heat pump is also important for this time of the year. It has been installed in the Model Y to great reviews. This heat pump improves the cabin to heat up and is more efficient. The big 542-liter boot can be accessed by the button on the outside.

Existing owners don’t have to be discouraged. Recent software updates have modified the driving display on the touchscreen (15-inch) so that the driver can see more of what is around them. Tesla’s vision is amazing. It can not only spot other cars around it (including their size and type), but it will also display traffic lights and road signs. It will also spot and display traffic cones.

While the Tesla experience is primarily about driving, it has been a lot more. With its 75kWh battery pack, the updated Long Range Electric car we are driving will go from 0-60mph in 4.2 seconds, which is 1.1 seconds less than the Performance version. The payoff is the range, hence the name. The car can travel 360 miles per charge, which we don’t think is unreasonable.

The current era and coming era is the era of electric cars. Nowadays long range is not a problem for electric car users. Many countries decide to ban fuel consumption vehicles. And also with the advancement in electric batteries, you can get good mileage in a single charge. And also with advanced technology, you can charge your EV very fast. In the next few years’ solar electric vehicles are also in the race and you can run your EV for months without fueling and charging. Electric Cars Tech tried to present you best available longest range electric cars in the market with a single charge. You can get your dream and luxurious long-range EV cars between one of above mentioned.