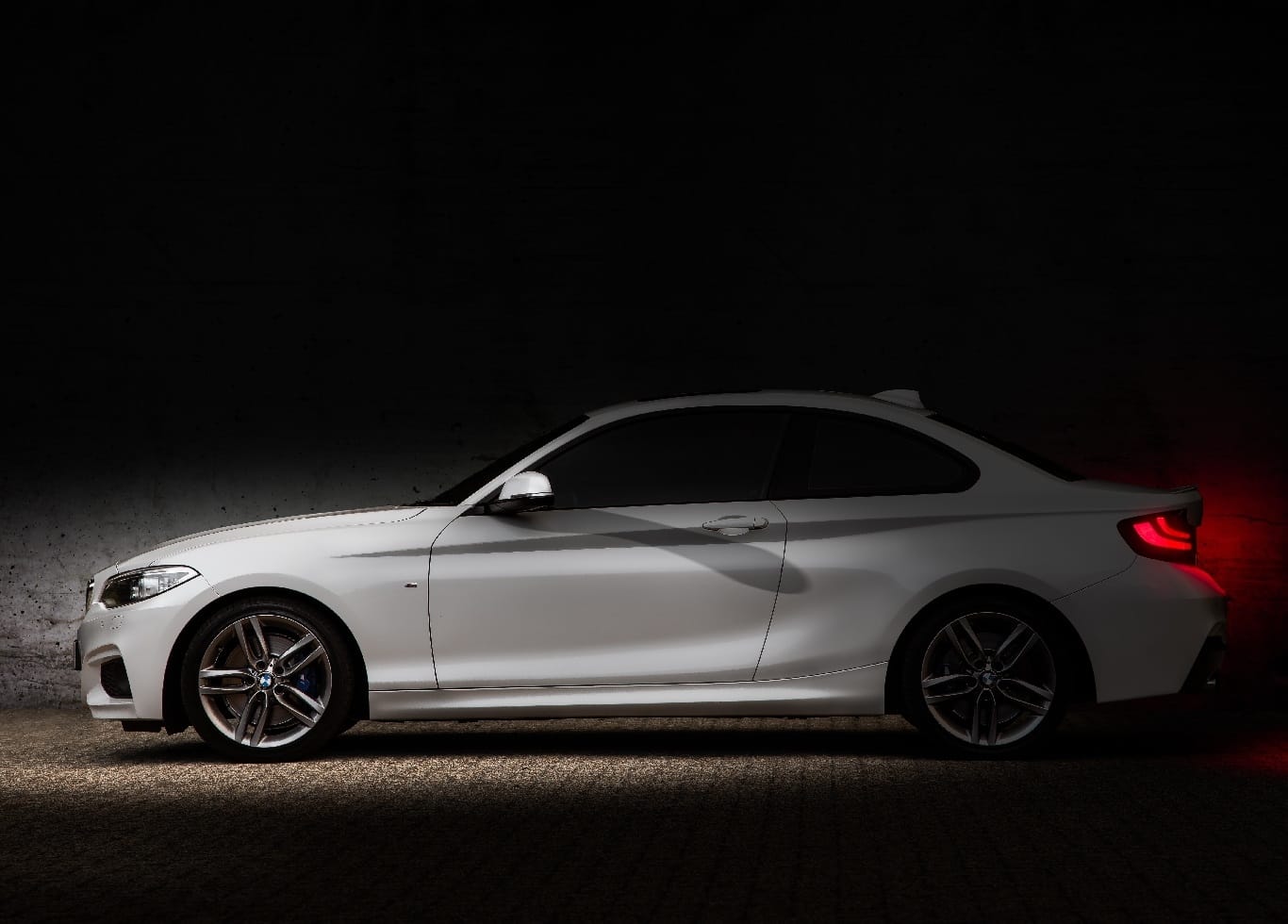 The future is here, and the future is now with these electric vehicles hitting the market. It can’t be denied that the shift in the automotive landscape a few years ago is still making waves today. From well-established manufacturers to new up-and-rising names, everyone has committed to adding more electric vehicles to their merchandise line-up. Many industry experts believe that we are at a point where sales of Electric Vehicles have rapidly overwhelmed sales of conventional petrol and diesel cars.

2021 saw a major influx of new models from the biggest manufacturers all around the world, making the last year a record year for the Electric Vehicle market, having more registered sales than the previous five years combined.

The rest of the year also looks to be promising for electric car enthusiasts with the electric vehicles 2022 has in store for us. Although, anyone looking to purchase a new electric car right now can refer to the list of some of the best electric cars 2022 has seen so far:

With gasoline prices soaring by the minute, electric cars have come in high demand and the market is now continuously expanding so it comes as no surprise that manufacturers have already started planning to produce even more electric vehicles, with some even having production plans all the way to 2035. This revolutionary transition from conventional gasoline-powered vehicles will accelerate over the next few years at breakneck speed.

The catch is that this rapid pace might make it difficult for existing consumers and potential buyers to keep up with all the changes. To help out, Electric Cars Tech has prepared an electric vehicles list that is scheduled to hit the market in 2025:

Bentley has announced that it will be launching its first-ever fully electric car in 2025. Following this, the brand confirms that they will be releasing new electric models every year. Their strategy has accelerated where it will eventually reach a point where their entire product range is fully electric. As Company CEO Adrian Hallmark says during the brand’s recent strategy update, “…. we don’t just aim to build the first Bentley as an EV, we intend to create and shape a segment. We aim to make a game-changer.”

At the recent Consumer Electronics Show (CES) 2022, Stellantis unveils an all-new model for the Chrysler brand, the Chrysler Airflow Concept. The brand announced that its first battery-electric vehicle (BEV) will be launched in 2025. In addition to that, they confirmed their plans to go full battery-electric by 2028.

This new Chrysler Airflow Concept is meant to serve at the forefront of the company’s transformative and sustainable mobility technology aiming to make a cleaner, and more seamlessly connected world. The fully electric vehicle also integrates an intuitive AI with the leading-edge drive-system technology, can deliver a 350 to 400-mile range, and has fast charging functionality.

Cadillac has expressed wanting to launch not less than six all-electric vehicles by the time 2025 comes around. The Cadillac Celestiq is said to be released in 2025, making it the last of the six to debut.

Not much information regarding the Celestiq yet. What we do know is that it will be an all-wheel drive, making it optimal for on-road use, with four-wheel steering, improving its stability at high speeds. This also means there’s a likelihood of it having two electric motors, giving it similar accelerative performance to other high-quality models like the Tesla Model S or the Porsche Taycan. Cadillac also confirms that its driving range will be at the very least 300 miles per hour, potentially reaching higher if offered a larger battery pack.

Last year, in July, the Jeep CEO Christian Meunier confirmed that an electric variant of their SUVs was in development. The brand will be expanding to offer zero-emission vehicles to consumers. By 2025, the brand plans to offer all-electric models in every SUV segment. Currently, the Jeep Grand Wagoneer EV does not seem to have its own distinct style and look. Instead, the design team led by Mark Allen may stick to the elegant and old-school styling that their loyal customers are known to prefer.

Originally, the company had decided that it would not launch its first all-electric vehicle until sometime after 2025. But clearly, that is no longer true. John Elkann, the chairman of Ferrari, had announced that the company would debut its first-ever fully electric vehicle in 2025 instead. The rapid growth of the market in the last few years and the fact that more and more manufacturers are investing in electric vehicles may have played a huge part in this change of decision.

This would be another milestone in the company’s electrification strategy, with the first being the release of the mild-hybrid La Ferrari and the second being the most recent plug-in hybrid SF90 Stradale. Elkann had claimed that this new Ferrari all-electric supercar will be what everyone dreams the Maranello engineers and designers can imagine for such an important milestone.

Ram CEO Mike Koval confirmed that the brand will be offering an electric 1500 pick-up truck. The CEO reveals that this EV will have a driving range of about 500 miles with battery packs that offer 159-200 kilowatt-hours and is also capable of fast charging. This Ram electric 1500 is said to be built in a way that it surpasses its competition, the Ford F-150 Lightning, and the 2022 GMC Hummer EV, and “offer more range, power, productivity, and convenience. “ Koval also informed the brand’s investors that by 2025, the Ram lineup will have eventually have some degree of electrification for all its vehicles.

The Ram 150 Electric will also have its style that will make it distinct and unique from the standard Ram 1500. The profile shows that the company showed reveals that the new electric vehicle model will have a rounded profile and a sleeker, more daring design.

Stellantis announced that another one of its brands will be releasing an all-electric vehicle by 2025. This time it’s for the Dodge brand. The new Dodge electric vehicle called the “eMuscle” will be using one of the company’s dedicated electric vehicle platforms that provides up to 500 miles of driving range.

The Dodge market share has increased with every release of its muscle cars, like the Dodge Challenger and the Dodge Charger. This time the brand intends to sell faster versions of their muscle cars, amplified by motors and batteries that are simply a result of natural technological evolution.

Other Electric Vehicle Plans for the Future

Other companies like Jaguar plan to go fully electric by the time 2025 comes around so we can expect a Jaguar EV sometime soon. Volvo also plans to follow suit by 2030 and the British sports car company Lotus announced that it would only sell all-electric models by 2028. Some companies like the Mini Countryman even set dates on when they intend to stop selling and manufacturing conventional gasoline-powered vehicles.

It’s not just premium brands too. General Motors announced that by 2035, they will only be manufacturing all-electric vehicles. Ford claims that when 2030 rolls around, all vehicles being sold in Europe will be nothing but electric, and Volkswagen says that all-electric vehicles will soon make up for 70% of their sales.

Toyota also plans to have 70 electrified models by 2025, including pick-ups. With Toyota being the market leader for hybrid car sellers, they go even further for their goal of being carbon neutral by the time 2050 arrives. Rolls-Royce too has been reported to be in the middle of developing their first electric vehicle named the Silent Shadow. Consumers can expect it to use the same technology as the recent BMW iX SUV. Additionally, Nissan expresses its plan to have eight electric vehicles ready to hit the road by 2023, bringing them closer to the goal of eventually selling a million hybrid and fully electric cars around the world per year.

Mercedes has also stated its goal of going ‘electric only’ by 2025 when all-new vehicle platforms will be electrified. CEO Ola Källenius also expressed their goal of spending ‘close to zero’ on gasoline technology by 2025.

Auto industry executives and analysts have all come to a conclusion that we are approaching a tipping point where mass adoption of electric cars will become unavoidable, especially with the continuous fall of battery costs and generous subsidies from the government. The significant declines in the battery prices especially will play a huge influence on pricing decisions by the electric car manufacturers and can even allow them to sell it for less than what they would usually sell for cars powered by gasoline and fuel.

The electric car market is growing exponentially. This can also be attributed to the ‘learning curve’ where the more humans produce something, the better they get to producing and the cheaper it costs to produce that one thing. It’s what has essentially been responsible for the decrease in battery prices, and consequently, electric cars.

Experts have also estimated that by 2025, 20% of all new cars manufactured and sold globally will be electric. This rate will only continue to increase as the years go on and as the market begins to expand, even more, attracting even consumers. 2030 shows an estimate of 40% of all the cars sold globally will be fully electric and by 2040, almost every new car manufactured and sold all around the world will be electric.

This motoring revolution happening in our world right now is progressing at a rate much quicker than we imagined. The various subsidies and taxes that the government placed may have played a part in it but there’s no denying that this technological revolution will soon mark the inevitable end of internal combustion engines.

Although electric cars have not caused petrol and diesel cars to become obsolete, it’s no longer too farfetched to say that there is a likelihood of that happening sometime in the future.