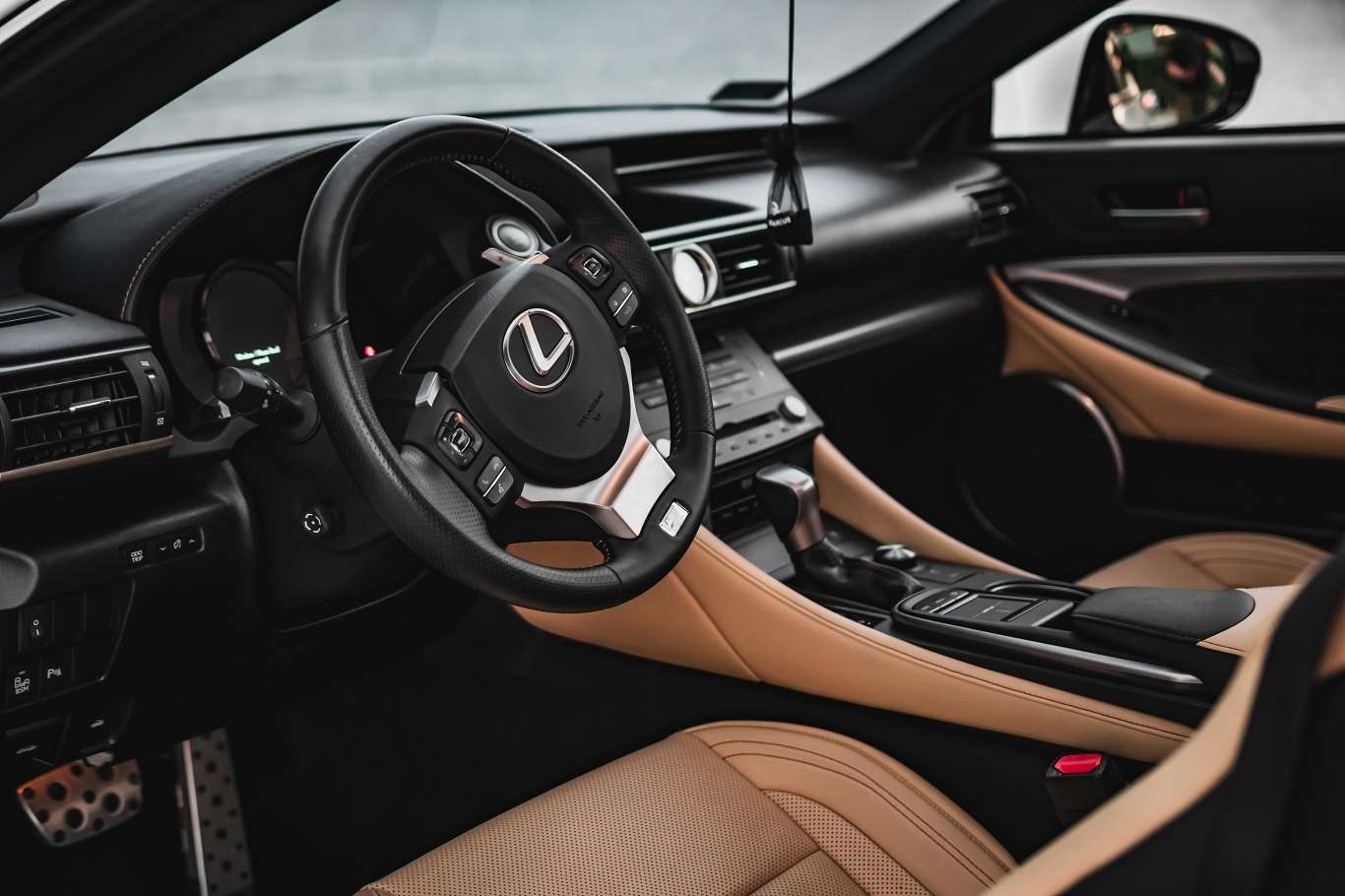 Diversifying its business will help Lexus achieve another essential objective: creating a sustainable global society. By providing a complete array of BEVs in all categories by 2030, Lexus will help make a carbon-neutral society a reality. After five years, Lexus wants to sell 100 per cent BEVs worldwide.

The new RZ, Lexus’ first exclusively available BEV model worldwide. That symbolizes the company’s shift to a BEV-focused brand and represents the distinctive Lexus vehicle design and driving experience made possible by cutting-edge electrification technology. Implementing a BEV-specific platform (e-TNGA), along with a lightweight and highly robust body. It has significantly improved the vehicle’s actual driving performance by attaining the correct weight distribution through the proper positioning of the battery and motor. The use of new steering control, the Steer-by-Wire system, and the DIRECT4 all-wheel drive system. Which uses electrification technology. And also makes it possible for the vehicle to be controlled in a way that is faithful to the driver’s intentions.

The exterior styling conveys the fluid acceleration and dynamic torque-filled performance unique to BEVs. Instead of meeting an internal combustion engine’s cooling and exhaust requirements. The BEV Spindle Body, which replaces Lexus’ recognizable spindle grille, focuses on aerodynamic efficiency, optimal proportions, and elegance. With this stylistic evolution, Lexus introduces a new look and adopts a new design philosophy for its BEV options.

The 2023 RZ 450e SUV, an all-electric model from Lexus, has been made public. The Toyota bZ4X is presently on sale. That’s why the premium automaker did not launch an all-electric vehicle before its parent company. Nevertheless, the new Lexus RZ aspires to be a comfortable and helpful alternative for luxury EV customers. While sharing a base with the bZ4X, the 2023 RZ has a more traditional appearance that aligns with Lexus’ current SUVs.

The brand’s newest Direct4 all-wheel-drive system is standard on Lexus’ newest SUV, with dual electric motors as standard equipment. The first EV from Lexus also boasts a roomy cabin, user-friendly technology, and a 225-mile range, according to Lexus. However, certain significant information is still a secret: We don’t know the RZ’s power and torque outputs or charging times.

The Lexus RZ, EV one of the brand’s stylish SUVs, falls between the NX and RX in terms of proportions. Additionally, it is longer and broader than the Toyota bZ4X, yet the two vehicles have the same wheelbase. The RZ has more traditional styling than the more daring bZ4X.

The RZ and other Lexus SUVs have some styling differences, such as the 2022 RX. The spindle pattern was applied to the entire body rather than Lexus’ characteristic spindle grille as there is no internal combustion engine behind the hood. According to Lexus, the vehicle’s roof, the spoiler, the ducktail rear, and the grille opening contribute to increased aerodynamic efficiency.

In addition to acoustic glass and a sealed hood opening, the RZ’s battery pack acts as a sound barrier, according to Lexus. The SUV uses tailored driving noises to fill the cabin based on driving speed and acceleration, as an EV lacks the sounds produced by a conventional gas engine.

Performance and Range: We Should Know

The company’s Direct4 AWD technology, developed especially for its all-electric and hybrid vehicles, is installed in the RZ. It will have two electric motors and a 71.4 kWh battery pack in common with the Toyota bZ4X, an all-wheel drive vehicle. It’s important to remember that the AWD bZ4X does not support the 72.8 kWh battery from the RZ. Although Lexus has not yet released performance numbers, the Lexus RX generates 214 horsepower and 248 pounds-feet of torque when outfitted with AWD.

Although the upcoming RZ lacks an official EPA rating, Lexus believes it will have a 225-mile range. The Tesla Model Y Long Range AWD’s EPA-estimated 330-mile range and the AWD extended-range Ford Mustang Mach-277-mile E’s range are two of its rivals. With an official range rating of 222 miles, the AWD bZ4X and Audi E-Tron are expected to have a similar driving range.

The 2023 RZ, according to Lexus, would also have a new multimedia system. The more user-friendly technology, introduced on the NX and LX SUVs, can be operated by voice commands via a 14-inch touchscreen. Automatic emergency braking with incoming traffic detection, adaptive cruise control with curve speed management, and hands-on lane-centering down to a stop are some of the driver-assist systems found on the RZ as part of Lexus’ most recent Safety System Plus 3.0 suite.

The RX 400h, the first luxury car in the world to combine a robust gasoline engine with a potent electric motor and a self-charging battery, was introduced by Lexus in 2005 and completely changed the automotive industry. The 2022 NX 450h+ AWD, our first-ever Plug-in Hybrid Electric Vehicle, represents the emergence of the next generation of electric performance.

UX: The UX 250h is designed for the modern pioneer and boasts the highest estimated combined MPG of any non-plug-in luxury SUVs* with cutting-edge technology.

X: Powered by the newest hybrid technology, the NX 350h features an EPA-estimated combined fuel economy of 39 MPG with a quick response off the line.

NXh+: 304 horsepower are combined. 0-60 in just 6.0 seconds*, and 37 miles of pure electric driving, according to the EPA. Our first-ever NX 450h+ Plug-in Hybrid Electric Vehicle introduces a new age of electrification and performance.

ESh: The ESh provides more for both drivers and passengers, with an excellent estimated 44 MPG combined.

LLC: A 3.5-litre V6 engine combined with Multistage Hybrid technology produces power off the line that is competitive with V8 engines and the visceral sensation of a high-performance coupe.

LSU: That is the fastest LS Hybrid ever, with the natural feel of a 10-speed automatic transmission with battery electric help for increased responsiveness.

Utilize forward-thinking strength and economy with the introduction of Lexus’ first Plug-in Hybrid Electric Vehicle (PHEV), the 2022 NX 450h+ AWD*. It has the quickest and most potent NX ever, with a 0-to-60 time of about six seconds.

This thrilling PHEV, which has an all-electric EPA-estimated range rating of 37 miles*, was created to surpass imagination while finding novel ways to improve the driving experience. The next phase of hybrid performance is here.

HOW HYBRID WORKS, FROM THE BEGINNING

Only the electric motor is utilized for light acceleration when starting from a halt under typical circumstances, resulting in a soft, silent takeoff and increased efficiency.

All of the electric drive’s power comes from the high-output battery. The powerful gasoline engine is activated when the speed rises. Furthermore, when further acceleration is required, the power output from both sources is tuned to provide an even more significant increase.

Together, they produce a smooth, forceful acceleration when used with an electronically controlled continuously variable transmission.

A Lexus hybrid has two different energy sources, giving it both power and efficiency. The Hybrid technology seamlessly combines gasoline and electricity, monitoring road conditions to effectively coordinate both power sources as necessary, whether accelerating, in traffic, or cruising along faster roads. Furthermore, the battery receives extra energy as you go so that you can charge.

The electric engine in the hybrid has several advantages, including efficiency and power. Another is that your battery is charging while you’re driving. Our regenerative braking system recovers even more energy when you stop or slow down while moving.

Is it possible to manually switch between gas and electric power in a Lexus hybrid?

Using the EV modes on some Lexus hybrid vehicles, you can manually switch between gas and electric power. Not all hybrid Lexus vehicles operate in this mode. The Lexus LS Hybrid is an outstanding example of a vehicle that has manual power source switching.

Other hybrid Lexus vehicles will automatically transition between hybrid and electric power. Your Lexus hybrid will decide whether to switch between power sources depending on the road. When your vehicle shifts, you won’t notice a difference in how you drive.

If my Lexus hybrid runs out of fuel, can I change it?

No, a Lexus hybrid vehicle cannot be charged at an electric vehicle charging station. That is the critical distinction between hybrid, plug-in, and electric vehicles. Without petrol in the gas tank, your Lexus hybrid cannot be operated or charged because doing so could harm several internal parts. We can assist you in locating a better choice if you’re looking for a charged vehicle.

Are the Engines Strong Enough?