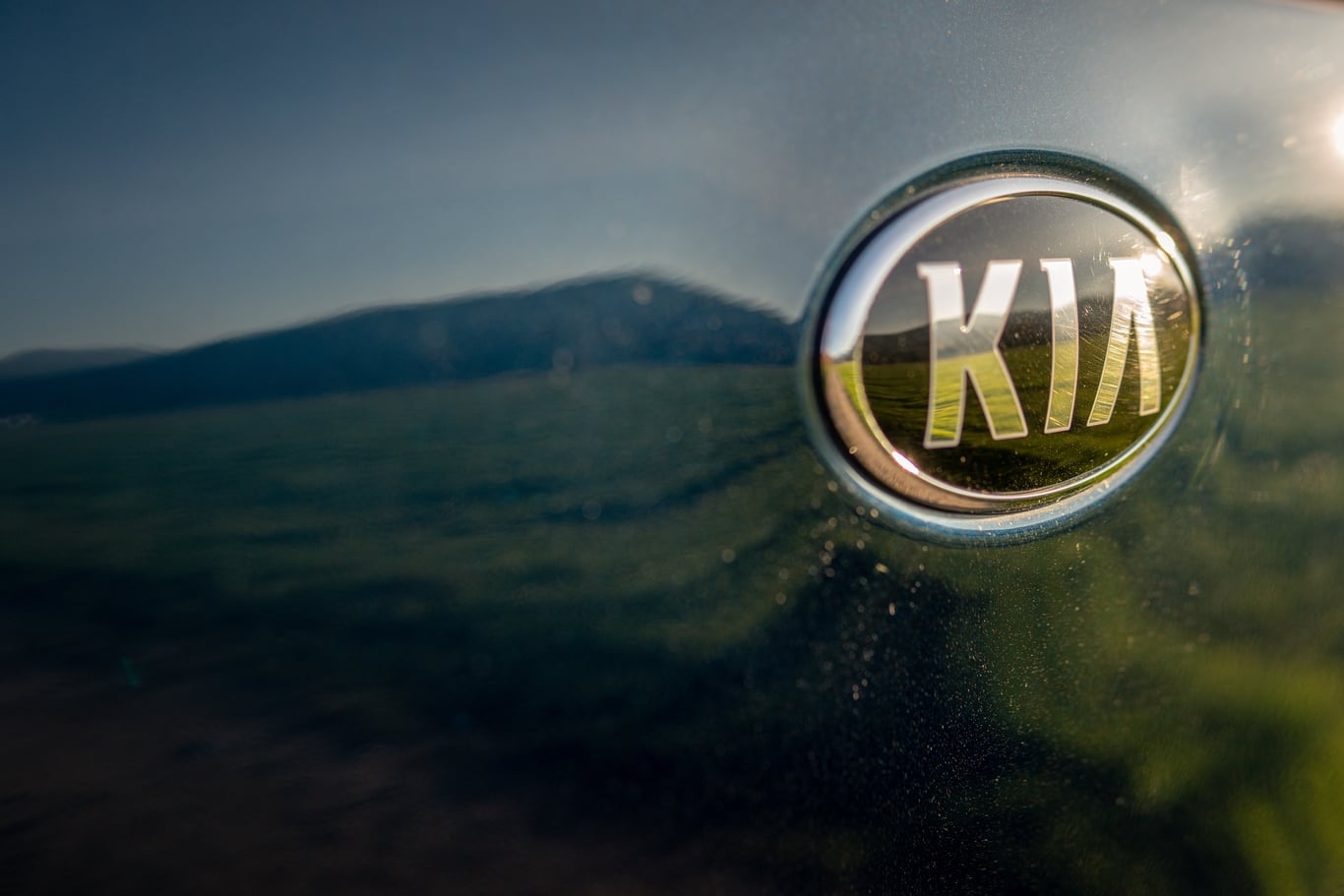 Kia Corporation was established in May 1944. It is Korea’s oldest motor vehicle and electric cars manufacturer. Kia began as a small manufacturer of bicycles and motorbikes. It has since grown to be the fifth-largest vehicle maker in the world, a part of the global Hyundai-Kia Automotive Group.

Kia currently produces over 1.4 million vehicles per year in 14 manufacturing and assembly facilities located in eight countries. The vehicles are sold and serviced by a network of more than 3,000 dealers and distributors in 172 countries. More than 40,000 people work for the Corporation, with annual revenues exceeding US$17 billion.

Kia has three major vehicle assembly plants in South Korea. These are the Sohari, Hwasung and Kwangju facilities. A world-class research & development Centre at Namyang employs 8,000 technicians and an environmental R&D Centre. Near Seoul, the Eco-Technology Institute works on hydrogen fuel cell vehicles and state-of-the-art vehicle recycling technologies. Kia invests 6% of its annual revenue in R&D. It also has research center’s in Germany, Japan, and the USA.

Before its merger with Hyundai, Kia Motors Corporation was South Korea’s second-largest manufacturer of trucks and automobiles. Kia also exports vehicles to Europe and North America. Although the company was originally one of Korea’s largest chaebols (groups or companies), it became an independent, publicly-traded corporation in the early 1990s. With the creation of Kia Motors America, the company entered the United States as the largest market. After the Asian financial crisis, Kia was placed in receivership. Hyundai then bought 51 per cent of its shares and rescued it.

Kia Motors introduced one of the first electric cars, the Ray EV, in 2011. In 2014, they added Soul EV. Each model has been upgraded every year since then. Next-generation models will have a significantly increased range due to the segmentation of the battery system modules. That will reduce the battery’s capacity to less than 5 kWh. That will maximize space utility and weight distribution while increasing battery load capacity.

The company is currently developing a high voltage system. It is actively involved in developing international standards for high-voltage fast charging to increase the number of Kia electric cars.

A fuel cell electric car is an electric vehicle that uses a fuel cell to produce electricity. It does this by combining oxygen from air with compressed hydrogen. This EV powers its onboard motor. It is, therefore, eco-friendly since water is the only emission.

The 2022 Kia EV6 is the first dedicated electric car. It is also built on the Electric-Global Modular Platform (E-GMP), which will use to build various new Kia electric cars. The EV6’s 800-volt architecture provides a fast charging rate and an estimated range of 310 miles. Two batteries are available: rear-wheel or all-wheel drive and between 167 to 576 horsepower. That applies to the range-topping HTML6 GT, which can accelerate from 0 to 60 mph in 3.5 seconds. 2022 EV6’s bold bodywork and attractive cabin make it much more intriguing than its unimaginative title suggests.

There are many options if you are looking for an electric vehicle, but a Tesla is not right for you.

An ID.4 is available for Volkswagen enthusiasts. Ford diehards might pick up a Mustang Mach-E. New models appear at an increasing rate. Soon, Subaru, Toyota, Honda, Nissan, and Honda will launch their electric SUVs.

The 2022 Kia EV6 is one of the most promising and exciting of this new crop of zero-emission electric cars.

This SUV is a blast to drive and offers over 300 miles of driving range. It also comes with advanced electric car tech features. All this is wrapped in a special, distinctive package that people cannot help but stare at.

Although there are some issues with the EV6, its greatest problem, especially if you are in a hurry, is that people will continue to ask about it.

The EV6 is available with either a single or two electric motors mounted on the rear axle. All-wheel-drive models come with a larger battery pack and either 576 or 320 total horsepower. The base rear-drive model has just 167 horses and a smaller battery. The rear-drive EV6 can produce 225 horses if it has a larger battery. This EV has impressed us by its responsive acceleration, agile handling, and adjustable regenerative brake setting. The 320-hp GT-Line model achieved a quick 4.5-second zero-to-60-mph speed on our track. The 576-hp GT is the best choice for those who want maximum straight-line performance. It takes a time of 3.5 seconds to reach zero-to-60 mph.

Two battery options are available for the Kia EV6: a 58.0-kWh or a 77.4 kWh pack. The larger battery will offer a greater driving range. The EPA-rated range for the standard battery is 232 miles. The EPA-rated range for the longer-range, larger battery is EPA-rated up to 310. Kia claims its electric cars battery can be charged in as little as 18 minutes using a 350-kW fast charger. It has an operating voltage of 800 V. This EV can also use the same setup to increase your mileage by 70 miles per hour in just 5 minutes. When connected to a Level 2, the charger’s 11-kW output will charge the battery to recharge it from 10 to 100 per cent in seven hours.

Although the EV6’s interior design and layout are not as bold as its exterior, it has more futuristic features and configurations than any other Kia models. The EV6’s Centre console cannot slide back and forth, and there aren’t front-seat footrests on the upcoming Ioniq 5. However, it combines high-tech elements like a digital dashboard with practical elements like a floating console with lots of storage and a bin underneath. The cockpit features a two-tone, two-spoke steering column, a prominent start button, and gold accents. The EV6’s flat floor and wheelbase are as long as the three-row, mid-size Kia Telluride. That allows for ample passenger space. With the rear seats folded flat, there are 28 cubic feet of cargo space and 54 cubes. Although there is more storage space underneath the trunk than expected, it is not as large as you might expect.

The EV9 SUV will join Kia’s growing electric vehicle range. That could make Kia the electrified Telluride that we never knew we wanted. The EV9 will be built on the Hyundai Uniq 7 platform. It can either have rear-wheel drive or all-wheel drive. The latter version will use dual electric motors. The brand’s smaller EV6 SUV has a dual-motor setup that produces 576 horsepower. The EV9 can drive up to 300 miles on a single charge. However, Kia has not released any information about the EV9’s motors or battery size.

Battery Charging and Its Life

The EV9 claims a 300-mile range and can charge at 350-kilowatt fast-charging stations. Although we don’t know if Kia will offer the standard battery pack or an optional larger one, we’ll find out closer to the SUV’s release date.

Its Interior, Comfort, and Cargo

The EV9’s interior will seat at most six people across three rows. The EV9’s to create a more sustainable interior; the concept car uses recycled materials like reclaimed fishing nets or other discarded plastics. The concept car features a large panoramic sunroof and a 27.0-inch infotainment screen.

The redesigned 2023 Kia Niro Electric EV will stand out more than its predecessor, thanks to two-tone panels and interesting lighting elements. The all-electric SUV subcompact has a sleeker interior, distinctive styling, and digitalized instruments. It boasts extensive use of recycled materials in its interior. A 201-hp motor powers the front wheels of the new Niro EV. The 64.8-kWh lithium-ion battery powers the power source, which should provide 253 miles of range. This EV can charge the battery and be charged in as little as 45 minutes by connecting to a DC fast charger. A hybrid and plug-in hybrid options are available for those looking for a traditional Niro. We review them separately.

The Niro EV will have a single motor that drives the front wheels. This setup is said to produce 201 horsepower. It’s more powerful than the hybrid models (139-hp) and plug-in-hybrid (180-hp). We don’t know much about the Niro EV’s performance beyond these details. We will be able to evaluate the ride quality and handling characteristics of the Niro EV once we have had the opportunity to test it out.

The interior of the 2023 Niro Electric Vehicle will be completely different from its predecessor. Kia has designed the dashboard’s top and door panels. The digital instrument panel and the infotainment screen highlight the cabin’s technical feel. The distinctive two-spoke steering wheel features a centre console that houses a rotary shifter and other miscellaneous controls. Kia claims that the interior is made from recycled materials, and the seats are made with elements from eucalyptus leafs. The interior has plenty of small-item storage, including large pockets in the doors and useful cubbies at the center console.

The 2022 Kia Niro Electric Vehicle is not as popular without the Tesla Model and the popular branding of Mustang. Kia’s compact crossover is attractive enough but lacks the same appeal as some of the more expensive alternatives. The Niro EV has the same functional elements as its hybrid or plug-in-hybrid counterparts. We review them separately. We drove 210 miles with a full charge of the electric model, which has an estimated EPA range of 239 miles. It’s not as far as the rangier competitors, but it’s noteworthy. We would prefer that the Niro’s cabin were less plasticky. It’s also not available in all 50 US states. It still hits enough high notes that it deserves attention alongside other top-selling nonluxury EVs within this burgeoning market.

The Niro EV’s single electric motor produces 201 horsepower and is driven through the front wheels using a one-speed direct-drive transmission. The Niro electric motor can reach 60 mph in 6.2 seconds. This EV is faster than the Chevy Bolt or the Hyundai Kona. Regenerative braking allows you to drive the Niro with only one pedal. The brake pedal feels more linear than other options like the VW ID. The Niro EV is more refined than the competition. Wind and road noise is less prominent than in the Bolt EV, Kona Electric, or TeslaModel Y.

The Niro EV’s 64.0-kWh capacity battery is in line with other segments. It surpasses the Nissan Leaf’s, matches the Kona, and falls short of the Bolt EV. The Niro EV’s battery has an estimated range of 239 miles. This EV is about average among competitors. You can recharge the crossover using either a 120 or 240-volt connection. However, these connections have drastically different charging times. According to the 240-volt connection, it takes nine hours to charge the battery fully. If you don’t have the time, the standard DC fast-charge capability will provide an 80 per cent charge within an hour using a 100-kW connection.

Even in the EX base trim, the Niro EV is well-equipped with heated and standard power front seats. Upgrade to the EX Premium trim for ventilated front seats, power sunroof, wireless charging, and more. Both trims suffer from excessive black plastic in the interior, which is unpleasant to touch and look at. The Niro EV has an intuitive two-zone automatic climate system. It can be turned off by the passenger if they are not using climate control. It allows the EV to maximize efficiency and gives more driving range. Although the rear seats aren’t designed to fold flat, we were able to put 18 carry-on suitcases behind them when folded down. It isn’t easy to fit passengers behind the front seats. The rear floor is raised to accommodate the battery.

Electric Cars Tech tried to provide you information about Kia electric cars available in market. If you are Kia lover and want to drive Kia vehicle than electric cars are good option for you.