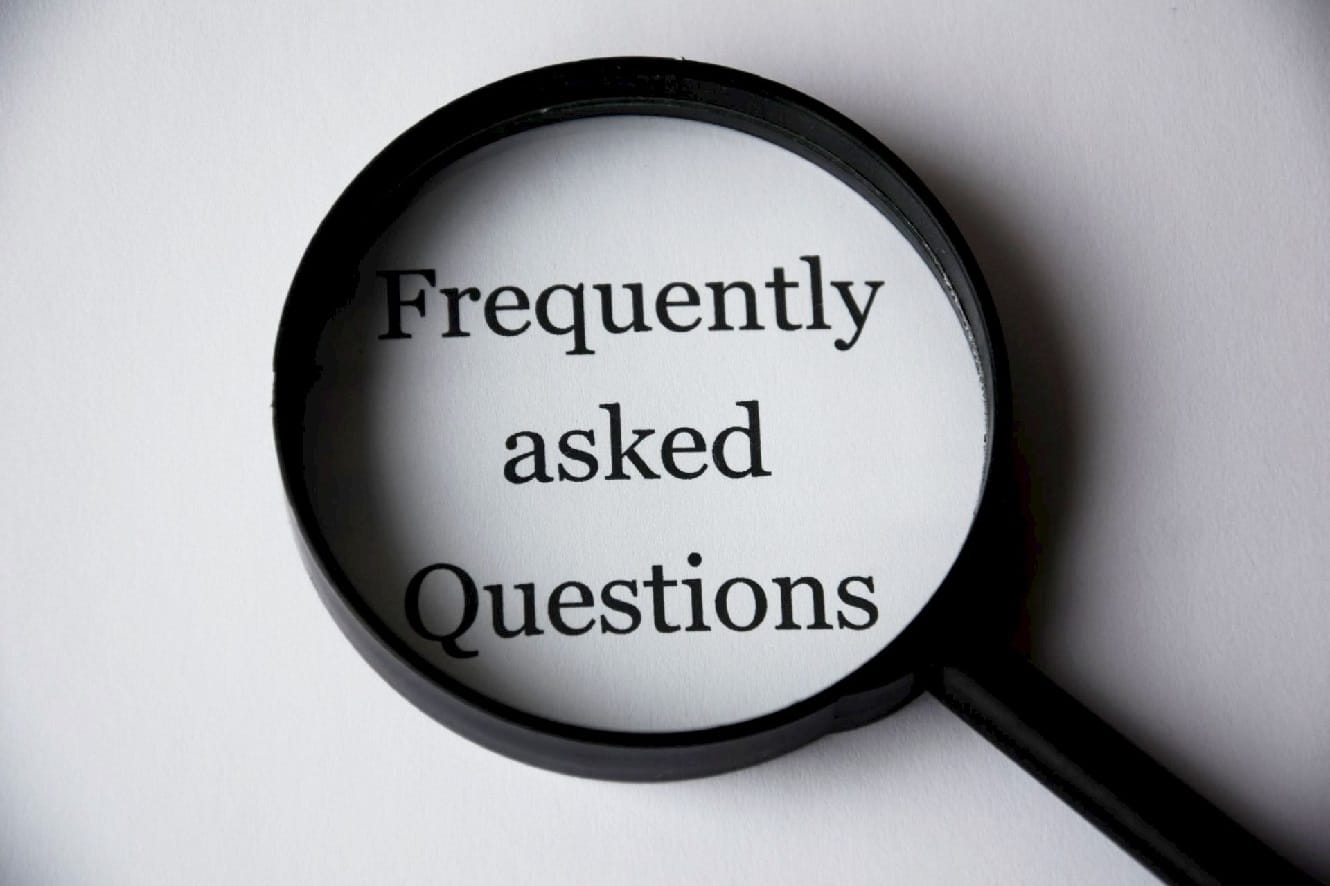 Electric vehicles (EVs) are rapidly becoming more popular. There were 1.8 million EVs registered in the United States in 2020. In 2020, an estimated 10.2 Million EVs were reported worldwide. Covid-19 slowed down the production but now EV registration is increasing rapidly.

We will prominently discuss electric cars in this discussion about green vehicles. The subject is fraught with questions. Are electric vehicles better for the environment than traditional gasoline-powered cars or alternative cars that use hydrogen fuel? Why are electric cars so costly?

There are sometimes questions about electric cars that you can’t answer. Below is a breakdown of each question with an explanation.

Electric Cars Tech attempt to answer some of the most frequently asked questions about EVs, ownership, and costs.

An electric vehicle (EV) is a vehicle or car powered by electricity instead of traditional fossil fuel combustion engines. These vehicles can be charged by plugging the car into an electric charger specially designed as a charging point.

You can find them in many sizes, from supercars and family SUVs to city cars and cargo vans as well.

What does an EV Cost?

Although EVs can vary, they tend to be more expensive than equivalent petrol or diesel cars.

The price of an electric vehicle will depend on many factors, including its size, battery capacity, and motor power.

How far does an Electric Vehicle travel on one charge?

The range of most new EVs is between 80-and 250 miles depending on their model. The smaller city cars, such as the Smart EQ and Honda e, offer 80 to 160 miles with their batteries, while larger models like the Kia e-Niro and Peugeot e-208, or the Jaguar I-Pace, have ranged between 230 and 280.

Many factors affect the range, including how and where you drive, weather conditions, and which in-car systems and features you use.

An EV’s range will be affected if you accelerate quickly and drive fast.

An EV’s range will be affected by cold weather. The Norwegian Automobile Federation tested an EV and found that it loses around 19% of its WLTP range when temperatures are between 2C and -6C.

What is the average time it takes to charge an EV, and what does it cost?

An EV can be charged at home using a wall-mounted charger unit or at many public charging stations.

The majority of home chargers work at 7kW. With your home charger, you can charge Renault Zoe up to 52kWh in nine to ten hours. This charging will give you a range of 242 miles. It will set the Zoe at PS7.48 per kWh with the UK’s average electricity rate of 14.4p.

Free charging is offered by some supermarkets, restaurants, and car parks. Charge Place Scotland offers unlimited public charging at a flat PS20 per year in Scotland.

What does it cost to run an EV?

Other costs are associated with any car, in addition to the charges.

EVs still require regular servicing, but there are fewer moving parts and more consumables to replace. Consequently, maintenance should be less expensive than an ICE vehicle.

However, EVs are more expensive than regular insurance. While the exact cost difference could vary, Compare the Market found that EVs can be up to 45 percent more expensive.

How long can EV batteries last?

All EV manufacturers offer a battery warranty that is specific to their vehicles. They usually provide coverage for owners for between 7 and 8 years and between 80,000 to 100,000 miles. They expect that the battery will still be able to use at least 70% of its proper capacity by this point. Renault and Nissan have shown better than expected longevity. A Which? study also found that manufacturers like Nissan and Renault reported longer-than-expected lifespans. According to Which, the average battery’s usable capacity was still 92 percent after five years; according to Which? Some estimates indicate that EV batteries could last up to 20 years before they need to be replaced.

A one-speed transmission is a feature that electric cars have, which allows them to accelerate more quickly than internal combustion engines.

What happens if the battery runs out?

The battery must be charged and the vehicle must then be towable to the station. The battery’s lifespan will be reduced due to the low battery. The car will still function once the battery is fully charged.

Where can you recharge electric cars?

Are EV batteries toxic? Can they be recycled?

Many toxic chemicals in lithium-ion batteries can cause harm to the environment. Although we can recycle batteries worldwide, there is a shallow rate of recycling Li-ion batteries.

Many lithium-ion batteries end in landfills. This is something regulators are trying to fix before electric cars become more common. The solution is to find an alternative power source.

Their emissions are dependent on the power grid from which their batteries are charged. An example: If a power grid produces power from only coal plants, an electric car can produce more greenhouse gases than a patrol vehicle.

Rare earth elements are also required for electric vehicles, such as cobalt and lithium. These rare earth elements can be dangerous to the environment and extremely polluting to mine or refine. Lithium requires enormous amounts of water to make.

While EVs are generally more eco-friendly than traditional cars overall, many problems still need to be addressed to make them more sustainable.

Why are electric cars so ugly?

The Hyundai Ioniq electric is a stylish electric car with surprising efficiency.

It all depends on your charger. You can install a level 3 charging station in commercial locations with a 400-480-volt electric system. These charging stations are expensive so it is better to charge individuals.

You can also install a level 2 charger, which runs on 220-240 Volt and costs only a few hundred dollars. The level 2 option is the best.

What are the government’s incentives for electric vehicles?

Anyone who wishes to purchase a battery-powered vehicle (either PHEVs or EVs) can get financial incentives from the US government. Consult your local dealer to determine if you will be eligible for the most excellent incentive. If you buy a new car, cars like the Nissan Leaf are still eligible for $7,500 tax credits. Toyota Prius Prime cars would only be suitable for a fraction.

There is not enough space for any amount of power. It takes days, if not weeks, to fully charge your battery.

Even though you need only 0.5kW of power the area that is required is larger than an electric car’s roof. It’s not practical unless you have better solar tech.

What electric cars are the most popular in the world?

Teslas are the most loved cars in the entire world. However, this does not necessarily mean that they are the most frequently driven. Teslas are very popular in the USA because they are affordable and made locally.

On the other hand, the Renault Zoe is the most widely-used economical EV in Europe and France.

Can an electric car be driven long distances?

It depends on where you live. Norway and other countries have an extensive network of chargers that allows you to take almost any electric vehicle anywhere.

After Tesla’s popularity in the United States for its charging network, Electrify America created an almost good network. Tesla Supercharger stations are also available in Electrify America stations, except in North Dakota, Hawaii, Alaska, or Alaska.

What fees are charged at Level 3 charging stations?

What do BEV, HPEV, and HEV mean?

How normally do you have to change an EV’s batteries?

The battery of a vehicle should last at most for a few hundred thousand miles unless you have one of the original Nissan Leafs. Many EVs have surpassed 200K miles.

What happens after batteries die?

Companies can recycle most batteries into rebar and angle iron. These batteries shredded and sent off to steel mills.

Electric Cars are the Future of Transport