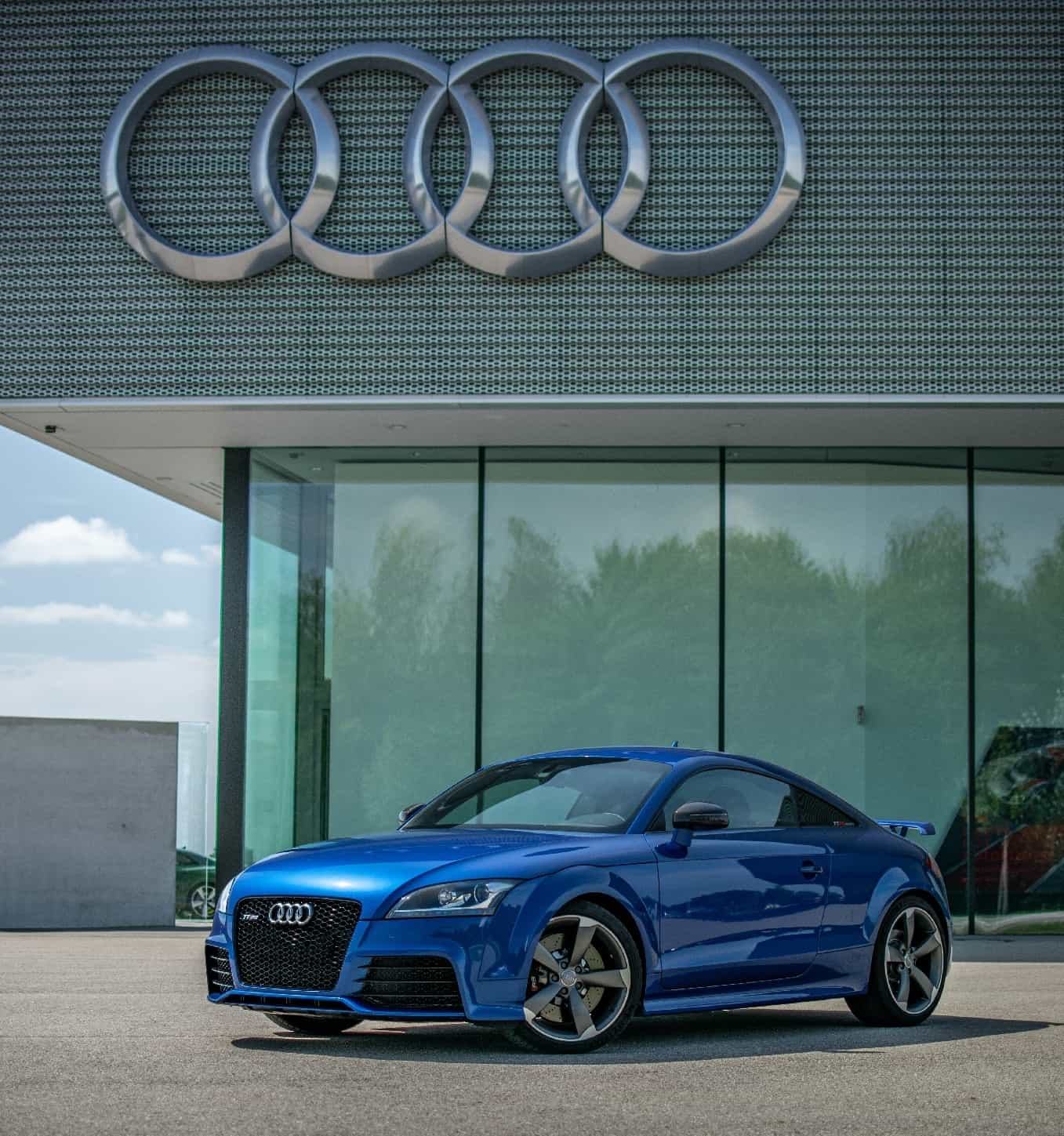 The AUDI AG symbolizes sporty cars, high-quality construction, and progressive design – “Vorsprung Durch Technik.” The Audi Group is one of the world’s most prominent producers of premium cars as well as electric cars.

The Company is taking steps to implement its strategy to play an important role in shaping the future of mobility.

AUDI AG can look back at a rich and diverse past – its engine and car manufacturing history date back to the 19th century. August Horch was one of Germany’s most prominent automobile engineers. After graduating from the Technical Academy of Mittweida in Saxony, he worked as an engine builder. August Horch then became the head of the motor vehicle production section at the Carl Benz company. Horch moved to Saxony, first to Reichenbach, then to Zwickau in 1904.

Following are the Audi Electric cars available in the market.

The automotive lexicon has enriched many new terms, such as motors and batteries. But the Audi E-Tron GT Quattro EV is a simple vehicle: it is fun! The e-Tron GT is a platform-mate for the Porsche Taycan and delivers a smooth ride and fast acceleration. The combined output of the motors at each axle starts at 522 horsepower, reaching 637 in the most powerful RS e-Tron GT model. During testing, the RS e-Tron GT managed 240 miles on the highway with a motor at each axle. The standard interior is made of recycled leather-free materials, but the narrow cockpit and low roof make it difficult for rear-seat passengers to get in and out. The Audi EV is the fastest and most exciting to drive and is also beautiful to look at.

The regular e-Tron GT packs a pair of electric motors to create an electrified version of Audi’s Quattro all-wheel-drive system. That EV motor can produce up to 522 horsepower, while the Audi RS version produces 637 ponies. The innovative two-speed transmission converts this power to exhilarating acceleration. It has a first gear for launches and a second for maximum efficiency. Its battery pack is protected from heat-related degradation by a complex cooling system. Audi’s sporty EV also avoids the traditional one-pedal driving and offers a more natural experience. Wheel sizes range from 19 to 21 inches.

Each e-Tron GT has an 83.7-kWh lithium-ion battery. The regular Model has a range of 238 miles, while the RS model has a range of 232 miles. According to news E Tron GT beat the EPA estimate eight times during the RS e-Tron GT’s highway range. The E-Tron GT can be charged from 5 to 80 per cent in 23 minutes with the standard 270-kW DC fast charge.

The e-Tron GT interior mixes functional and imaginative elements. Audi offers leather interiors in a variety of colours as well as an option for a leather-free interior that is made from recycled materials. There are many luxury options available. Ambient interior lighting, a head-up display, heated and cooled front seats with massage function, and many other options are some of the top choices. The low seating position of the front seat passengers promotes sporty driving. Although the rear seats offer ample legroom, their headroom is smaller, and the middle seat is more comfortable than friendly.

Audi’s 2022 E-Tron GT is unique among its other electric vehicles. To do this, sound engineers created a new soundtrack for the E-Tron GT and RS e-Tron GT models. It sounds like an intergalactic hum and then transforms into a turbine whoosh when you accelerate. The result is a 78-decibel whirling sound at full thrust.

A twin accompanies the E-Tron GT at Porsche. It shares its 800-volt electrical architecture, front- and rear-mounted electric motors, two-speed automatic transmission at the rear axle, air springs, and all-wheel steering with a Porsche Taycan. You can choose a single or dual-motor rear-wheel-drive Taycan and a dual-motor-driven AWD 4S, Turbo, Turbo S, and Cross Turismo. However, there are two options for all-wheel-drive GT: the 522-hp E-Tron GT and 637-hp RS E-Tron GT. Launch control is required to access all those horses, and you can only get power for 2.5 seconds.

Buyers can see more of the e-Tron GT and RS range figures. The EPA states that the RS E-Tron GT electric car can travel 238 miles on a single charge, while the RS can travel 232 miles on a single charge. The RS had a range of 240 miles. This EV was just 1 MPGe more than its combined federal rating. These are good figures but not enough to be a big-ticket EV, especially if you start talking about Teslas.

You can expect a staggering 469 horsepower in the GT and 590 RS with normal use. This EV is a difference you won’t miss when driving to work. It also covers the quarter-mile in 11.0 secs flat at 127 mph. These are impressive figures that barely beat those of Audi’s 591 horsepower RS7. However, they are not fast enough to win top honours among internal-combustion supersedans. The RS GT’s 60 mph sprint is not fast enough to keep up with the Tesla Model S Performance AWD and the Taycan Turbo S, reaching 60 mph in about a quarter of a second.

However, the GT plays into an additional electric-car buyer’s expectation: that they are environmentally conscious and vegan. You can choose from leather-free interiors or recycled materials, but you can also order a less vegan version. The GT is said to seat five, regardless of whether your seats are alive or dead. The back seat is not for everyone. The cutouts in your battery mean that the rear seats have excellent legroom. It means you will have more room for your feet. The stylish roof sweep with small back windows and an oversized C-pillar means that headroom is not as generous. Surprisingly, the 71 decibels in the RS at 70 mph are several decibels higher than what we have experienced in similar EVs and even more than we measured in a fire-breathing RS7.

The e-Tron is roughly the same size as an A7 but is significantly shorter and wider. The rear end’s wide taillights and rear end look great. Although it isn’t a game-changer compared to the Taycan, or the still-powerful grandfather, the Model S, it’s a great ride.

The Audi e-Tron Electric car is a rare example of understated electrification. With its evolutionary styling ethos, Audi chose a more relaxed approach to electrification than other automakers who added futuristic glitz to attract buyers to their new EV offerings. It’s not easy to distinguish between the EV and its gas-powered sibling.

Audi launched the e-Tron in 2019. It started life as a low-slung crossover SUV. However, it was soon followed by a four-door coupe version called the “Sportback.” Prices start at $65,900. BMW’s iX joined the fray recently.

They will arrive in 2022, but the high-performance S versions are expected to be available in the fall. Minor equipment and package modifications add aesthetic flair to the standard e-Tron and spice it up.

The lineup has two distinct body styles but shares the same architecture as the powertrains beneath. This EV includes two electric motors per axle that mimic Audi’s Quattro all-wheel-drive system. It results in a maximum system output of 402 horsepower and 490 pounds-feet for the entry model.

The new e-Tron S and the E-Tron Sportback S will be available to those who want more power. The S versions can produce 496 horsepower and 717 pounds-feet thanks to an extra electric motor. The 95.3-kWh battery is used in all e-Tron variants. The charging process takes only thirty minutes using a 150-kW public charger. That will provide up to 163 miles (208 for the S) of the base car’s estimated driving range of 222 miles.

Two electric motors are hidden beneath the heavily creased bodywork of the e-Tron. One is at the front axle, the other at the rear. They provide electronic all-wheel driving, but the rear motor does most of the work. They produce 355 horsepower and 414 pound-feet of torque in normal driving conditions. The vehicle’s brake system seamlessly combined traditional brakes and the mandatory regenerative braking system.

The EPA estimates that the regular e-Tron can drive 222 miles. The Sportback version has a range of 218 miles. Both variants remain behind rivals like the I-Pace (234 mi) and Model X Long Range (371 mi). The e-Tron’s 150-kW fast charger can recharge 80 per cent of the battery in 30 minutes. The Jaguar EV’s DC charger, at 100 kW, takes much longer to charge its battery. The e-Tron can be fully charged using a standard 240-volt outlet in nine hours.

Although the E-Tron’s most notable technology is its electrified system, the crossover seats five and has a practical, cutting-edge cabin. The dashboard features multiple high-resolution screens, including the digital gauge cluster (Virtual Cockpit) and two flush-mounted touchscreens. Many options include a head-up display, massaging front seats, and a neatly packed underfloor battery pack. The e-Tron’s interior is sophisticated, with a wide range of options. The regular e-Tron has a spacious cargo area measuring 29 feet behind the back row and 56 with the seatbacks folded flat. The Sportback’s sloped roofline reduces both numbers by 2 cubes. However, we still manage to fit seven carry-on bags behind the rear seats.

The best thing about the Audi e-Tron, and the more elegant e-Tron Sportback luxury SUVs is that they are completely electric. The powertrain is an all-wheel drive and generates 355 horsepower. It has an EPA-estimated range as high as 222 miles or 218 for the e-Tron Sportback. The e-Tron can produce up to 402 horsepower in sport mode, but that’s only for a brief moment. The e-Tron is a typical SUV with stylish wheels, LED tail, and headlights. However, unlike the Ford Mustang Mach-E or Tesla Model X, it has a traditional grille at its front bumper. The 150-kW fast-charger of the e-Tron can charge the battery up to 80 per cent in just 30 minutes.

Two electric motors are hidden beneath the heavily creased bodywork of the e-Tron. One is at the front axle, and the other is at the rear. They provide electronic all-wheel driving, but the rear motor does most of the work. They produce 355 horsepower and 414 pound-feet of torque in normal driving conditions. The e-Tron’s quick acceleration is typical for electric vehicles. It also has a smooth, quiet ride that confirms its luxury credentials. The vehicle’s brake system seamlessly combined traditional brakes and the mandatory regenerative braking system. The e-Tron still has the traditional SUV attributes of being able to tow up 4000 pounds.

Although the E-Tron’s most notable technology is its electrified system, the crossover seats five and has a practical and cutting-edge cabin. The dashboard features multiple high-resolution screens, including the digital gauge cluster (Virtual Cockpit) and two flush-mounted touchscreens. Many options include a head-up display, massaging front seats, and a neatly packed underfloor battery pack. The e-Tron’s interior is sophisticated, with a wide range of options. The regular e-Tron has a spacious cargo area measuring 29 feet behind the back row and 56 with the seatbacks folded flat. Although the Sportback’s sloped roofline reduces both numbers by 2 cubes, it still allows us to fit seven carry-on luggage behind its rear seats, one less than the regular e-Tron.

When we talk about Audi Cars one thing comes into mind is luxury and great vehicles. Looking into the interest of our readers Electric Cars Tech presented you Audi electric cars in this articles. Audi is producing great electric cars. If you love Audi and looing to purchase new car above are the Audi electric cars 2022.