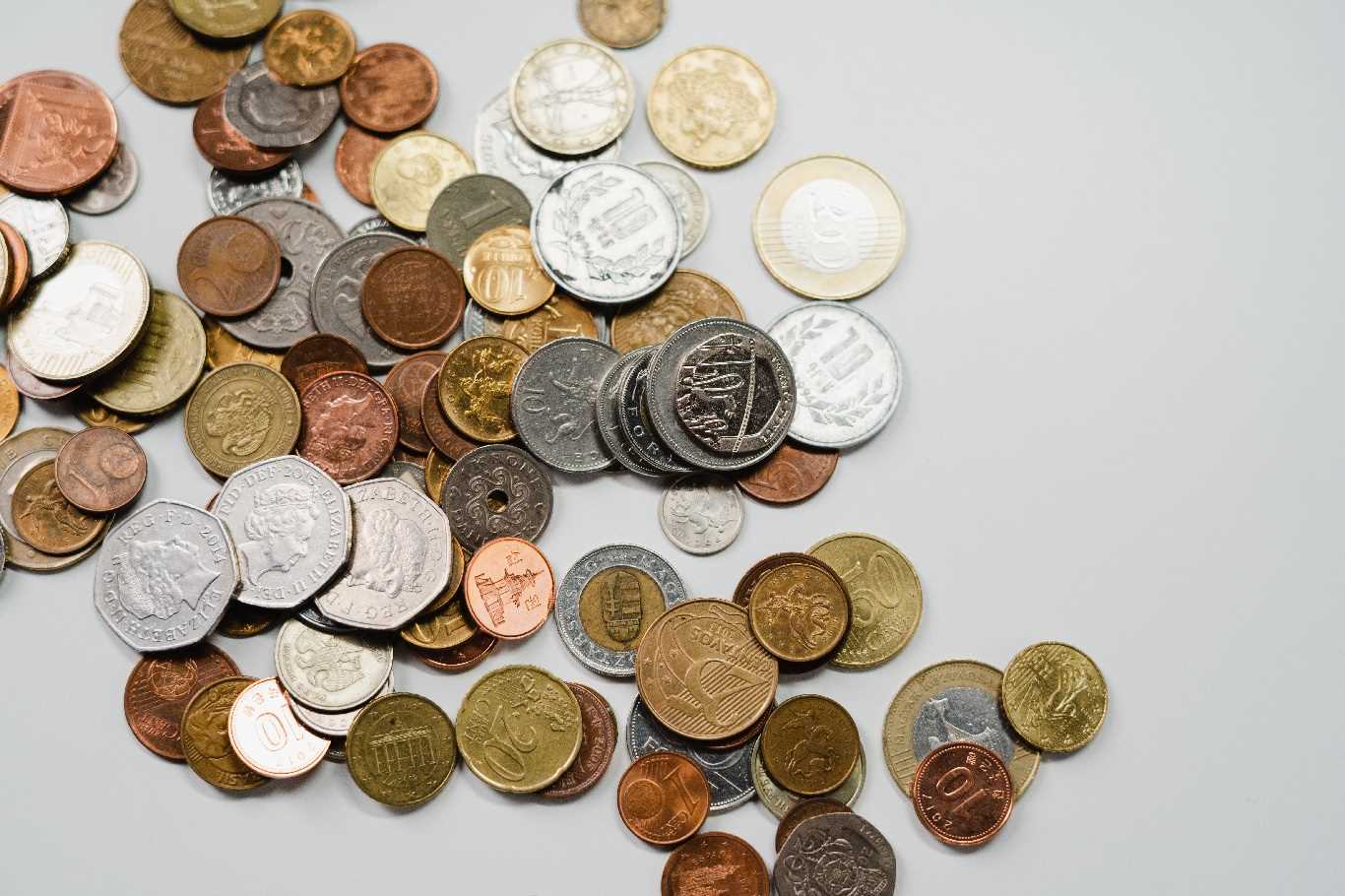 The popularity of electric cars has increased as gas prices rise. However, there are some things that you need to know before you purchase one. like, hidden costs of owning an electric car.

Many are starting to look at high gas prices and thinking about whether an electric vehicle might be a better choice. With gas prices hovering around $4/gallon, it might be tempting to make the switch. But, you must know about the hidden costs of an electric car.

Electric vehicles are growing in popularity as more people consider the environmental impact of gasoline and try to save money. Electric cars have many benefits over traditional gas-powered vehicles. They use less fuel and emit less carbon dioxide, which reduces your carbon footprint. But many don’t consider the hidden costs of owning an electric car. These costs might not be immediately apparent, but they can increase over time. Let’s examine some of these hidden costs when you own an electric car.

The initial cost of an electric car

Many potential owners of electric vehicles are discouraged by the high initial costs. EVs can cost approximately $10,000 more than comparable gas-powered vehicles. There are a few things you need to consider when looking at the initial cost of an EV. Electric cars are eligible for a federal credit of up $7,500 which can offset the higher cost. Many states offer rebates or incentives to purchase an electric vehicle. Electric cars have a lower maintenance cost than gas-powered vehicles. You will spend half the maintenance cost on an electric vehicle as you would on a gas-powered car.

While the initial cost for an electric vehicle may be higher than that of a conventional car, there are many ways to offset that expense over time. But you might not know that there are other hidden costs involved in owning an EV.

Repair Costs of an Electric Vehicle

Although electric vehicles are becoming more popular over recent years, repairs are one of the highest hidden costs. An electric vehicle has more complicated electrical systems than a conventional gas-powered vehicle. These systems can be very costly to repair or replace. The actual cost of owning an electric car can be higher due to the difficulty in finding and replacing parts.

We Predict, a predictive analytics firm that uses data and predictive analytics, says that EV repair prices were nearly twice as high as gasoline vehicles over three months. EV service costs were two times more than traditional vehicle repair costs within a year. Predict found that repairs for an EV cost, on average, $300 more than an ICE vehicle.

The cost of servicing an EV battery is another factor affecting EV repair costs and the actual cost of EV ownership. All EVs, including battery electric vehicles, run on lithium-ion cells. They are almost identical to those used in laptops and phones but are much more significant. These lithium-ion battery batteries can degrade over time. The average life span of an electric vehicle battery is between 10 and 15 years. An EV battery replacement cost can be thousands depending on the make/model of the vehicle. To replace an EV battery on the low end, you might spend $3,000, while it may cost $16,000 for the Tesla Model 3.

According to the Office of Energy Efficiency & Renewable Energy, a standard warranty is for a rechargeable battery in a vehicle that plugs into the grid. It lasts eight years or 100,000 m. Therefore, you won’t have to replace the battery as often.

An additional hidden cost to owning an electric vehicle is the cost of parts. It is common for electric cars to have complex parts that are hard to find and replace. That can add to the overall cost of ownership. A lot of mechanics who work on electric cars are not trained. That causes mechanics to take longer to diagnose an EV problem and then repair it, which adds to the cost of vehicle repairs.

Charging costs for an EV

If you don’t have a place to charge your car at work, or you don’t have access to a public charger station, you will need to buy one. An EV’s purchase or lease comes with a Level 1 charger. However, this charger can take a while to charge. Most EV owners install a Level2 home charger, so they have enough charge every day.

According to an Idaho National Laboratory study, charging an EV at home will cost more than driving a gasoline vehicle per mile. A smart EV charger allows you to charge your electric car when electricity rates drop, which can help you save even more.

States often add a tax gas for road repairs and other issues due to the wear and tear of the roads. However, electric vehicles are not dependent on gas and may not pay their fair share of infrastructure taxes.

Some states add registration charges for electric vehicles to compensate for this revenue loss. These fees can vary from state-to-state, but range between $50 to $200 annually. You can check the state where your vehicle is registered to determine how much additional you will need to budget.

Many EV-drivers may worry about their range anxiety. Some drivers worry that they may not have enough fuel. The good news? Battery technology has improved so that drivers can travel further using just one charge.

It may not matter if you live somewhere like California, where the temperature is almost constant at 75 degrees.

Other climates can have extreme temperature swings and affect your battery’s ability to get the total charge. That could lead to more costs for charging, which can be costly in different climates.

Before making your decision, weigh all the pros and cons.

Electric cars have many advantages over traditional gas-powered vehicles. However, there are hidden costs that could result in a larger bill. If you are considering buying an electric car, there are many costs. These include repairs, replacements, charging fees, and initial investment.

While your initial investment may be more significant, the long-term savings on fuel prices and maintenance costs will outweigh any additional cost. Additional tax credits and rebates are available for electric cars, including those from the states and federal government. The initial purchase price can offset these.

As more people are concerned about their environment, electric cars have become increasingly popular. You must consider all costs when switching from a gas to an electric car. But electric cars can be brilliant for many drivers because they offer long-term savings and environmental benefits.

It is possible to argue that an electric vehicle is more reliable as they have fewer parts than a gasoline car. So, there are fewer chances of things going wrong. EVs will still face problems and complications, just as with traditional cars. As EV makers improve their technology, EVs will undoubtedly become reliable vehicles.

Research shows that you can maintain EVs for a fraction of the cost of gasoline-powered vehicles. Electric vehicles will require less maintenance due to having fewer moving components. That could potentially save you money over the lifetime of the vehicle.

Can You save money on electric cars?

You can save much money over the long term with an electric car. You can save in the following ways:

Are Electric Vehicles No Emissions?

The short answer? No. But EVs can indeed be more eco-friendly than cars powered by fossil fuels. They leave a smaller carbon footprint throughout their lives. More than one-third of EV’s total CO2 emissions comes from the energy required to manufacture the vehicle. The Union of Concerned Scientists says that manufacturing EV parts and battery packs generates more carbon dioxide than conventional cars. That is, although the process is virtually identical. Also, the longer the battery range, the higher the environmental costs.

Why are electric vehicles so expensive?

People aren’t convinced of the EV trend because of the higher upfront cost. Because EVs use larger batteries, which are more expensive than traditional fuels, the higher the cost. They are still under development, so the R&D cost is still high. However, ICE vehicles have been in production for many, many years. A significant development had been completed years earlier.

How Far Can An Electric Vehicle Travel?

Depending upon the model, most EVs can go 100 to 300 miles with one charge. The range expected in cold conditions will be shorter, making it difficult for even the best EVs in snowy conditions to drive. Many EVs are also equipped with short-range battery packs, primarily used in electric city cars.

What is an electric car (EV)?

No. No. Regenerative braking allows hybrids and electric vehicles to recover some of the energy they lose.

Are electric vehicles dangerous because of their quiet nature?

Even though electric vehicles are not silent, they can make as much noise at parking-lot speeds from fans, pumps, and tire noises as modern internal-combustion engines. The wind and tire noise at high speeds is comparable to that of any car.

According to data, there are no harmful electromagnetic emission from plug-in vehicles. The United States does not have a consensus on the level of electromagnetic field exposure that may pose a health risk. Federal standards are not established for acceptable levels. On page 41, a National Institutes of Health report reveals that electric cars and buses emit less electromagnetic fields than traditional gasoline cars. This is similar to the 1999 study done by U.S. Department of Energy.

Is it logical to install solar panels or wind turbines onto an electric vehicle?

Although it would be nice to have solar photovoltaics (PV), it is unlikely that this will be sufficient. The majority of solar panels would be too heavy. Newer, lighter, and more flexible PV technology can generate power for minor tasks or interior climate control, but not enough power to drive a car long distances. Cars are often stored in garages and under carports where the sun won’t reach.

Similarly, windmills for EVs are not a good idea. They create drag, which reduces efficiency and requires more energy to drive the car. EVs can still be charged using electricity generated by wind turbines and solar panels.

You might consider installing stationary solar panels to your home or business. This is a great idea. You can set up fixed panels so they are not blocked by obstructions and aligned to the sun. Fixed wind turbines are also possible.

When buying one, you should consider the potential hidden costs of an electric car. An EV can offer many advantages, including enormous savings on gas. Make sure to review your budget and weigh both the risks and the benefits. You might be surprised by how an electric vehicle suits you.

You can make an informed decision with a better understanding of the hidden costs of an electric car purchase and maintenance. Consider how an electric car can save you money and time. You should also take into account the extra expenses.