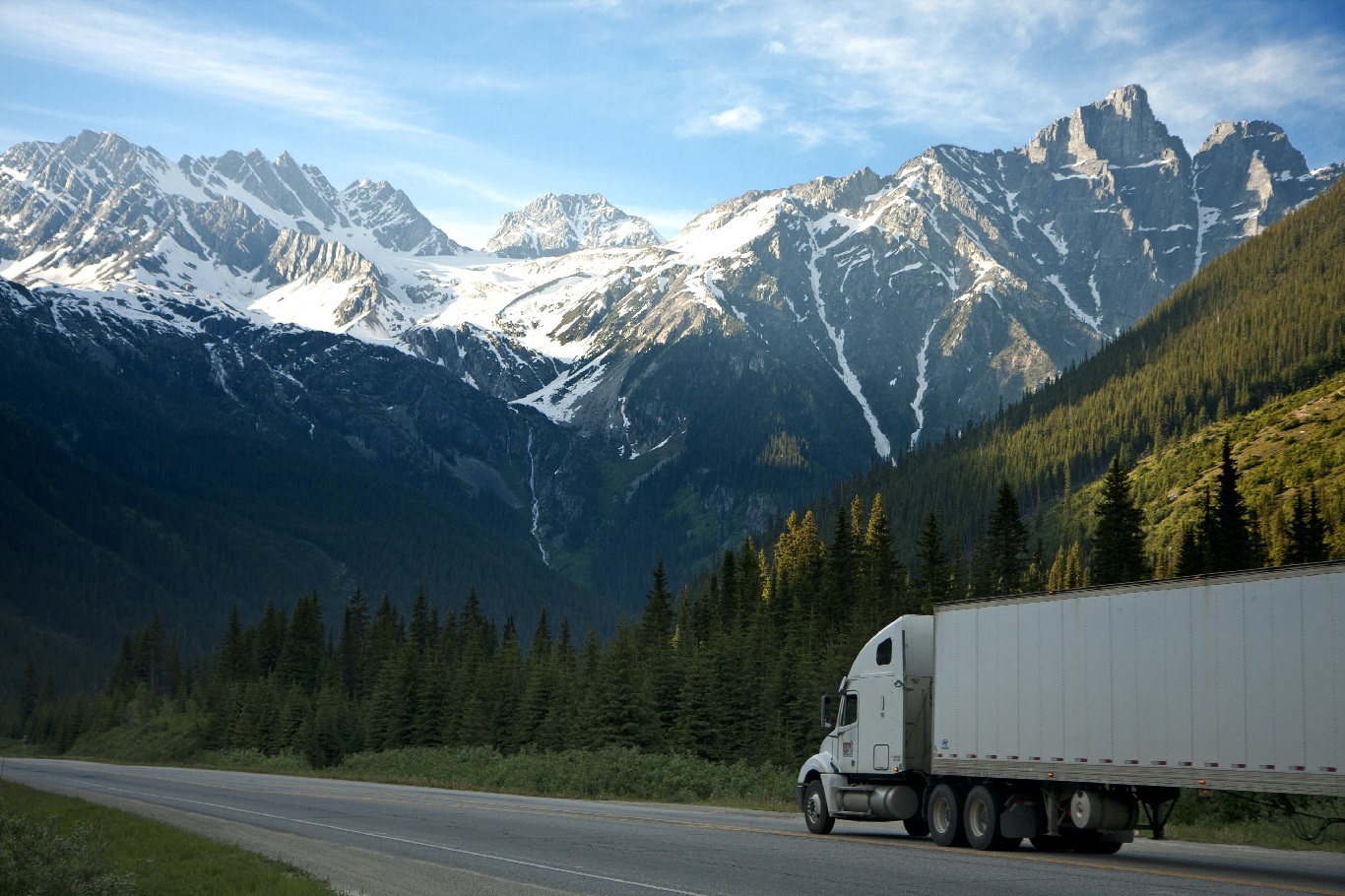 The automotive industry has reached a critical turning point. Both large and small automakers are creating electric vehicles. Tesla and Rivian are two recent entrants in the electric truck industry that could threaten Detroit manufacturers’ dominance. The development of electric vehicles will depend on the popularity of electric pickup trucks.

Several electric pickup trucks will be available in the next few years. There will be many appealing options. Because each model caters to a different customer, it has different specifications and payload capacities.

These electric pickup trucks will be available in 2022.

In the future, manufacturers will develop additional electric trucks. Let’s look into the future; these pickups are set to go on sale this year.

Ford’s configurator was unveiled for the F-150 Lightning pickup trucks in January. Ford stated that the price for a commercial fleet vehicle would start at just under $40,000. For a fully equipped model with leather seats and decent equipment, you can expect to spend close to $70,000. All models will include a dual-motor system, regardless of the price.

The new Lightning electric pickup truck will feature several innovative features not found on other EVs or F-150s. Ford’s Lightning is Ford’s fastest electric truck, clocking in at 4.4 seconds from zero to sixty.

The Chevrolet Silverado EV has a similar design to the GMC Hummer EV. The styling of this EV truck is straightforward. Silverado is better suited for customers who regularly purchase trucks.

It will run slower than the GMC Hummer electric truck but will have less power. The RST variant will have 664 horsepower and a 4.5-second sprint to 60 mph. Even though there is only 510 horsepower in the WT (Work Truck), the estimated range is still the same.

Chevrolet will release Silverado EVs in phases. The first edition, which is more expensive, will be the first. It will be released in the model year 2023. Diverse variations will debut for the 2025 model years in the summer of 2024.

Lordstown Motors promised in September 2021 to build 1,000 Endurance electric trucks. But, that plan was never actually realized. The team has contacted Foxconn to begin deliveries in 2022. The Endurance electric pickup truck uses four in-wheel engines to propel itself. Lordstown L-1500 Endurance In-Wheel Motors of Elaphe will drive the Endurance. Lordstown doesn’t focus on the passenger car segment but instead targets a more significant business market with its Endurance pickup trucks.

Endurance’s battery pack has a capacity that is 109kWh. It should be able to travel approximately 250 miles.

Rivian is a new startup that created the R1T. It is an electric pickup truck for those who love the outdoors. It targets endurance-seeking individuals. Rivian developed many of the R1 unique’s features for these customers, such as the Gear Tunnel. The electric motors of the R1 unique T can make it fit a portable camping kitchen. It can travel at 60 mph in just 3.0 seconds. It can carry 11,000 pounds. The vehicle can be driven off-road with a maximum wading depth greater than 3 feet. It has excellent ground clearance, thanks to its air suspension system. The Rivian R1T represents a new player in this competitive market. Over the years, American automakers have dominated the electric truck market.

This Tesla has been a hit with electric pickup truck owners. The Cybertruck is an innovative electric truck with a modern design that looks like metal origami. The Cybertruck was also the first to be produced by a manufacturer producing more than a million units.

GMC will be the first dealership to have an electric pickup truck, bringing back the Hummer name. The starting price is $112 595, and the distance between charges is projected to be 350 miles. The initial wave has sold out.

According to reports, discussions are underway between the Japanese business and Hercules Electric Vehicles, founded in 2018. Hercules intends to market its Hercules Alpha pickup truck in “rugged luxury” starting in mid-2022.

Hercules Electric Vehicles offered to sell Nissan “a battery electric powertrain” in return for Titan components being used in its project.

The pickup would have 260/60 R18 wheels, but the business didn’t specify its ground clearance. Canoo did not specify the battery’s size but claimed it would have a range greater than 200 miles. Canoo stated that its vehicles would be equipped with 40 kWh or 60 kWh batteries and 80 kWh battery packs with 130, 193 and 230 miles, respectively.

The Wolf can be ordered either a single motor and front-wheel drive or two motors and an all-wheel drive. According to the electric truck manufacturers, the Wolf is expected to range 250-275 miles. And a towing capability of 3,000lbs. The bead measures approximately 5 1/2 feet, roughly the same length as crew cab trucks. There is also a trunk at the front. The vehicle’s hauling capacity has not been indicated. In just 6.2 seconds, the electric car can reach 60 mph.

Alpha appears to have not yet decided on Wolf’s battery pack capacity or isn’t willing to disclose it. However, it will be between 75-85 kWh.

The Wolf is an excellent option for people who miss trucks. Because of its small size (just 182 inches), the Wolf won’t be able to compete with existing vehicles. It will be just 4 inches shorter than the Canoo electric pickup.

The Badger electric pickup truck prototype was displayed back in February 2020. It is remarkable, with an entire range of 600 miles (which incorporates hydrogen use) and 300 miles with just a battery. It could travel from 0-60 mph in just 2.9 seconds. That is why Nikola Badger made Reservations for the truck in June 2020. It was unknown at the time what the price would be. Later it revealed that the Badger’s range was between $60,000 to $90,000. However, there were doubts over whether or not the Badger would still come to market.

These predictions came true. General Motors amended an earlier Memorandum of Understanding with Nikola, which required it to take a controlling stake in the company and create a battery-electric pickup. The company signed a new agreement in November 2020. The agreement does not include commitments other than offering Hydrotec fuel-cell technology.

While the Badger will remain a concept, it aims to compete with other vehicles such as the Rivian R1T or Tesla Cybertruck, the Hummer electric pickup truck, Ford F-150 and other electric trucks.

It would have been offered in two versions, one with only a battery and one with a combined hydrogen fuel cell arrangement. Here are some key specifications:

Because there are fewer moving components in EVs, they require less maintenance. Instantaneous torque that EVs provide increases traction and performance. Although recharging costs depend on who provides electricity, it is usually less than filling up. You can also take most accessories with you to your truck.

The first generation of electric pickup trucks can only travel 200-350 mpg on average. That will not be enough for owners of larger pickups who have used large petrol tanks to get 500 miles or more.

While charging an EV may take between 40 mint or several hours, you can fill a fuel tank for ten minutes. Although there are increasing numbers of charging stations across the country, some are still scarce. You can also use home chargers, which can be costly.

While there aren’t many participants in the EV-pickup competition, there are a few promising candidates. These are the:

In which models will electric trucks become available in 2022?

Although many manufacturers are eager to release their cars by the deadline of 2021, few were able. Many manufacturers continue to work towards 2023 or 20,24. For the next year, however, we expect the following:

Why do electric vehicles cost so much?

Heavy vehicles, such as pickup trucks require large-capacity battery packs to achieve the same range and performance as SUVs or cars. That is because the battery is one of the most costly parts of an EV. It increases the price significantly, especially considering that vehicles are not remarkably inexpensive to construct.

How much is the electric F150?

Ford’s F-Series is the vehicle that moves the most units, so many buyers are looking forward to the F-150 Lightning. Early price announcements indicate that the F-150 Lightning won’t become available until 2022. Its starting price will be just over $40k.

What’s the cost to charge an electric vehicle?

Because power costs vary significantly from region to region, it is essential to verify your local rates. California is the EV capital of the world, with electricity costs currently at 16.58 cents per kilowatt. A vehicle powered by a 30 kWh lithium-ion battery, such as the F-150 Lightning, will cost $4.97 to charge.

Most consumers prefer electric vehicles for their efficiency, towing capacity, and torque when needed. As you can see, many automakers have welcomed this change from the top electric pickup truck article. The manufacturers offer electric vehicles that are the most popular to please customers.

Many companies have publicly revealed the electric vehicles we mentioned, but not all their features have been released. We expect to see electric pickup trucks manufactured this year, such as the Rivian R1T, Tesla Cybertruck and Ford F-150. Their website allows you to book among the first customers to receive an electrical pickup.