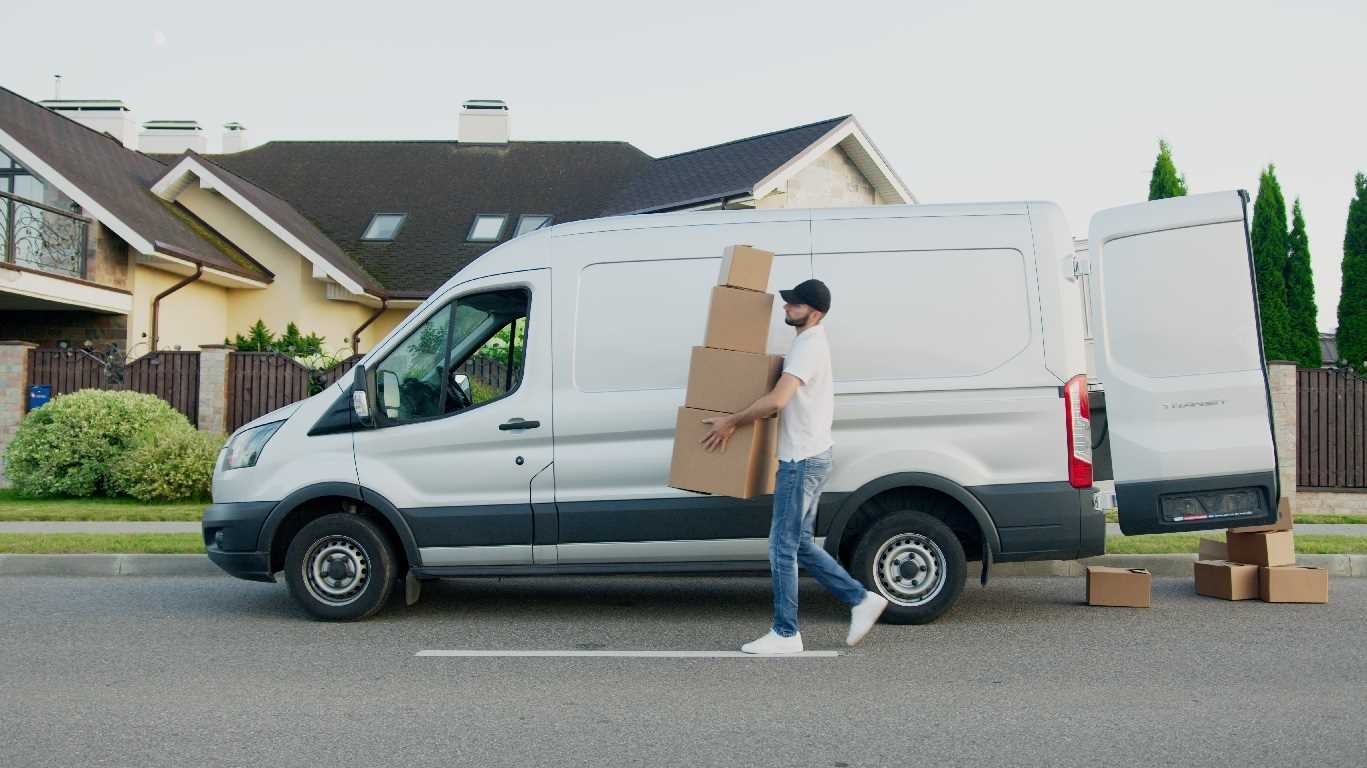 This article presents the 15 electric MPVs and minivans in the development process that will be on the market soon, which you need to know.

A next-generation Mercedes EQV could replace the current model, which debuted in 2019. The current EQV, a conversion to the V-Class and an E.V. developed on a modified ICE car platform, could replace the 2019 model. Mercedes-Benz Group plans to launch the first model built on this platform in 2025. The next-generation EQV could be based on this model. The new design should be more space-efficient and less energy-intensive, and it should also be more luxurious.

MINI Urbanaut, the production version, will pack maximum space on the smallest possible road footprint. It could take design cues directly from the MINI Concept Ace man. Some reports claim Mini could revive Traveler’s nameplate with the production Urbanaut. Others speculate Mini hasn’t yet chosen a name for the electric MPV.

Mini’s designer Oliver Heilmer stated that production of the concept would be a slow process because it is a new platform and some features Mini is trying to achieve (such as the steer-by wire) at the Autocar U.K. 2021 Munich Motor Show. After the BMW Die Neue Klasse platform was made available, reports suggest that Mini Urbanaut could be launched by 2025.

Automobile Woche’s July 31, 2022 report suggested that the MINI Electric MPV could be built on Canoo’s multipurpose platform architecture. BMW Group doesn’t possess the right platform to make such a model and licensing the American startup’s platform might be a cost-effective option. Canoo could make the MINI electric MPV with the Canoo Lifestyle vehicle in the U.S. and give Canoo access to its E.V. platform.

Denza, owned by BYD, launched one of the electric minivans ‘D9’ in China. There will be four different hybrid models and two pure-electric versions. The D9 MPV has traditional proportions, short overhangs, and a long wheelbase. The massive grille extends from the top of the lower air dam to the bonnet of the luxury MPV. The vehicle’s design and styling highlights center around the front.

The BYD’s platform is used to create the pure electric version. It is available in FWD as well as AWD. Both have a 230kW/360Nm front motor. The AWD variant, however, has a 45kW/110Nm rear motor. That increases a system power of about 275 kW and a higher system torque (470 Nm).

General Motors stated that it had several Buick-branded electric vehicles in its plans on June 1, 20,22. The brand is still committed to the Chinese market. Five all-new electric vehicles based on G.M.’s Ultrium platform and designed by General Motors will be available through 2025. G.M. has confirmed the electric Buick MPV, but there are no additional details. Future Buick EVs may use the ‘Electra’ prefix.

The electric MPV will not be related to the GL8 MV because it is a gas-powered van, while the Electra MV will use the bespoke Ultium EV architecture.

The J.E. van is Morris Commercial’s initial product. It is not to be misunderstood with M.G. Motor. M.G. Commercial is a British company revived in November 2019 and is managed by Dr. Qu. The Morris JE will retail for around GBP 60,000 and be a Morris J Type-inspired van. Leasing options will also be available. The company announced on its Page in February 2022 that it would open order files later this year. However, no information is available about when customer deliveries will begin.

The J.E.’s main features include a range that covers 200 miles (320km), a payload of 1 ton, a fast charge of 80 percent in just 30 minutes, and a body made of carbon fiber. After the U.K. launch, the Morris JE van can be exported internationally. Morris Commercial announced they would build a pickup truck, campervan, and minibus applications using J.E.’s platform.

In 2016, the Chrysler Pacifica, America’s one of the first plug-in hybrid electric minivans, became available, and it was its best year in 2021. It could also be one of the nation’s first electric minivans with a battery-electric powertrain later this decade.

Christine Feuell from Chrysler stated that a Chrysler Pacifica Electric is being developed during a conversation she had with motor trends back in January 2022. This model could be part of the second-gen Pacifica range. It will be revealed in the middle of the decade. Feuell would like to see electric minivans differently and could start from scratch when designing its electric minivans. While she suggested that the design could have an SUV-like feel similar to what Kia did for the Carnival was a good idea, it wasn’t clear that any change in this direction was planned.

According to Automotive News Canada CEO, the minivan segment would be the “mainstay” of Chrysler. This brand invented the modern minivan in 1983. They could now be doing it again with the all-electric American minivan. Feuell confirmed that the company intends to transform that segment but did no further details.

Honda announced its E.V. strategy on April 12, 2022. Also, Honda stated it would launch 30 models of electric vehicles globally by the end. Honda intends to manufacture more than 2,000,000 electric vehicles annually by 2030.

The company released a teaser containing the silhouettes for its future E.V.s alongside the announcement. As you can see, the teased model is a compact and lightweight people-mover. This Honda electric minivans is similar to the Honda Step WGN Honda Step Wagon, which sits between Odyssey and Freed in Japan. Honda will reveal more details about the new electric cars in 2023.

For 28 years, Honda America’s Odyssey has been a faithful servant of the Odyssey. Honda has no choice but to remake the Odyssey as an electric vehicle for the future.

The Mercedes EQCT will debut in the second half of the year. These electric minivans are designed to appeal to families with young children and adventurers who want an electric MPV to transport their gear. The Renault Kangoo Z.E. is its partner. The EQT will be an electric MPV and will have a 45kWh battery. It can travel 300 km (186 miles) in the WLTP Cycle. The European MPV may be powered by a front-mounted motor producing 90 kW (122 PS/121HP) power and 245 Nm of torque.

Mercedes-Benz Vans announces that winter testing of its EQT has been completed. It focused on driving performance, climate comfort, and preconditioning functionality in winter testing. It will be conducting additional testing in southern Europe during the coming months before the launch. Mercedes EQT will now be available in 5 and 7-seat versions. It intended to launch the 5-seater in 2019 and the 7-seater in 2023.

Following the VW ID. Volkswagen will launch an all-electric campervan in the VW ID. Buzz range. Volkswagen Group has named the surprise electric minivans its ‘VW ID. California’ was one of the 70 Planning Rounds held in December 2021. The company stated that the I.D. would be manufactured. California, Germany. The U.S. launch for the I.D. California could happen in 2025.

Geely Auto will soon release the Zeekr009 second model. The 009 has a sophisticated and refined look that gives it a Rolls-Royce-like vibe. The long and narrow grille, which is tall and rectangular, seems to contain digital lights. A thick slab contains chrome tips at its upper edge. The split headlamps have inverted U-shaped LED DRLs at the top and leading horizontal lights in the middle.

Geely’s SEA platform enables the 009 to be an electric MPV that seats six. It measures 5,209 mm in length, 2,204 mm in width, and 1,856 (with air suspension), / 1,867 cm high. It has an impressive wheelbase of 3,205mm. Two 200 kW (268hp) motors are powering the large electric MPV. They are presumably located at the front or rear. These specifications are based upon certification data from China’s Ministry of Industry Information and Technology.

The Hyundai Staria FCEV was presented at the IAA2021 (2021 Munich Motor Show). The market launch is scheduled for the second quarter of 2023. Staria will have a third-generation fuel cell system.

Two versions of the fuel cell system are available: 100 kW and 200 kW. Staria FCEV can also be used with the 100kW cells. The third-generation fuel cell system, which is 30% smaller than Nexo’s unit, should allow engineers to maintain Staria’s interior. Staria FCEV sales are limited to countries with an excellent network of hydrogen stations.

BYD’s upcoming premium brand, known internally as ‘R,’ will target electric MPV segments but first plans to launch a ruggedly electric SUV. The brand will debut in June, with an electric MPV expected to launch within 12-18 months.

Zhao Changjiang is the director of this premium brand. He used social media in November 2021 for feedback from netizens about a large 7-seat MPV. Due to its premium positioning, the MPV should offer a range of 800+ km (500 miles) thanks to the BYD Battery and the lightweight e-Platform 3.0.

The urban sphere concept offers four people a super-luxurious luxury vehicle. The rear seats provide a lot of comfort Passengers can tilt the seat up to 60° and extend their leg rests. You can video conference, watch movies, and much more on the OLED screen transparently.

Based on the PPE platform and the Audi urban sphere, a 120+-kWh battery pack powers the Audi Urban sphere. It can provide a WLTP range from 750 km to 466 miles. The DC fast-charging power is 270 kW. It can charge up to 5 to 80% in as little as 25 minutes. It can reach more than 300 km (186 mi) in 10 minutes. Audi is expected to launch an electric MPV based on this design this decade.

The Guangzhou Auto Show 2020 saw the debut of the Maxus MIFA9 minivan. Its high-set bonnet makes the MIFA 9 look elegant, as does its absence of a radiator grille. Contrary to most MPVs’ bonnets, the MIFA 9’s doesn’t have a downward angle, which makes it seem muscular. It comes with aero-optimized large wheels and full-width LED tail lamps.

The inside of the electric van boasts a lot of digital space. It boasts three large screens on its dashboard. You can see the tiny animated virtual assistant at the extreme right of the dashboard. The MPV is available in either six- or seventh-seat configurations. The six-seater includes captain chairs in its second row. All seats can be adjusted electronically, even those in the third row.

The VW ID. This year, Buzz will be delivered to European customers. But, it will not be available in the United States until 2024. Its launch in the USA will occur after the U.S. specification model’s 2023 debut. The ID is built on the MEB platform. In Europe, Buzz is available as a standard- and long-wheelbase version.

Scott Keogh, President, and CEO of Volkswagen Group of America, are Scott Keogh. He has confirmed that U.S.-spec ID is valid. kWh version for Europe. However, the EPA is not sure. There could be a slightly lower range, approximately 300 miles. Keogh said that there’s a significant demand for the I.D. Buzz in the United States. Buzz will be equipped with a larger battery.

The version on sale in the U.S. will feature a 10.6-inch more extended wheels’ base (around 128.2 inches) and unique features adapted to the local market. We anticipate the I.D. Buzz will be north of USD 60,000.